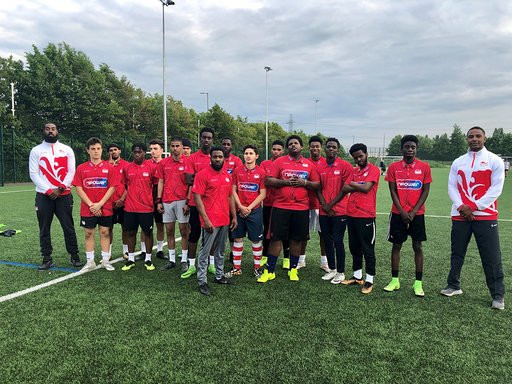 Team England have donated 100 items from last year's Commonwealth Games in the Gold Coast to a project designed to combat gang violence in North London through football.

Kit has been given to the Salisbury Hall Friday Night Football project in Walthamstow which aims to combat anti-social behaviour and gang violence in the area by bringing together young people from different backgrounds and postcodes.

It comes as part of a partnership between Team England and United Kingdom-based charity Kit Us Out to redistribute their equipment used in the Commonwealth and Youth Games in Glasgow in 2014 and the Gold Coast in 2018.

According to Team England, they have donated more than 1,000 pieces of kit from the last two Games to charities and projects around the world.

"Team England has worked with Kit Us Out to donate left over kit after a Games in a partnership that has hopefully been invaluable to the athletes and communities that have benefited from our donations," Commonwealth Games England chief executive Paul Blanchard said.

Blanchard said: "We are so pleased that our kit is able to go to such deserving projects and hope that people are able to wear the lion on their chest with pride as our athletes representing their country do."

Team England men’s basketball player Orlan Jackman, who is from London, attended the session at Salisbury Hall where the kit was donated.

"To me this is really what it’s all about to play for Team England, to show that there’s a path towards greater things and giving back is one of the things that I thoroughly enjoy doing," he said.

"I cannot stress how important this is for Team England because this is where you find the hidden gems.

"Two of the last England football captains, Harry Kane and David Beckham, are from around the corner, so we could be looking at the next captain."