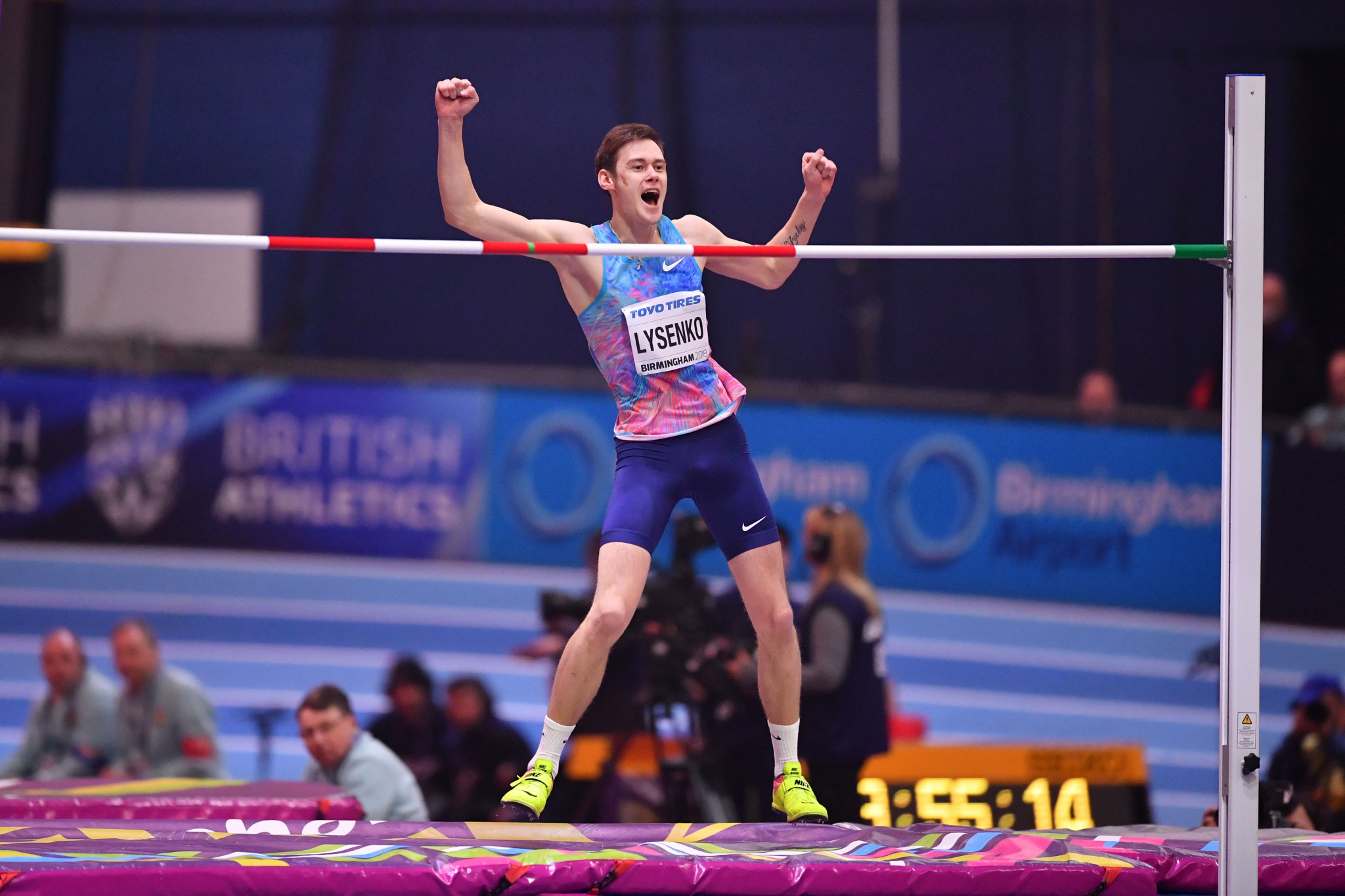 Reigning world indoor high jump champion Danil Lysenko has been provisionally suspended following a whereabouts rule violation, with the Russian barred from competing neutrally at the European Athletics Championships in Berlin next week.

The Athletics Integrity Unit (AIU) charged the Russian athlete with a breach of article 2.4 of the International Association of Athletics Federations (IAAF) Anti-Doping Rules.

The rules state a breach is "any combination of three missed tests and/or filing failures, as defined in the international standard for testing and investigations, within a twelve-month period by an athlete in a registered testing pool."

Lysenko could face a potential ban should a case be proved against the Russian athlete.

The 21-year-old clinched gold at the World Indoor Athletics Championships in Birmingham earlier this year.

The provisional suspension will rule Lysenko out of competing in Berlin next week, where he would have started as one of the favourites to clinch victory.

Lysenko headed into the competition in impressive form, having won high jump gold at the Monaco Diamond League last month.

He equalled the world lead at the event when he cleared 2.40 metres.

“Yes, it concerned the filling of the ADAMS system, so to speak, superficially.

“This is my negligence.

“Yes, I always passed all the tests, both during the competitions and in the out-of-competition period, I never ran from anyone, did not hide from anyone.

“Of course, on this career does not end, I will train further and wait for a fair decision."

RusAF President Dmitry Shlyakhtin has called for the country’s athletes to take responsibility to ensure they fully abide to rules surrounding anti-doping, including whereabouts information.

Shlyakhtin admits the loss of Lysenko will be a blow to their team, having lost the ability to compete as an authorise neutral athlete.

"Lysenko is one of the leaders of the team, a big loss for our team," Shlyakhtin said.

“Once again, in the moment where Russian athletics is now, every athlete needs utmost care, responsibility and accuracy in the full implementation of anti-doping rules.

“The lesson for Dani is difficult, but I'm sure he will manage, and will become even stronger. "

Lysenko’s suspension is a further blow to Russian athletics, as they remain banned from international competition.

The country were suspended by the IAAF since November 2015, following evidence of state sponsored doping.

The IAAF opted to keep the suspension in place last week after determining that despite making improvements, RusAF have still not met all the criteria needed for their reinstatement.

The governing body had previously threatened to remove the right of Russian athletes to compete neutrally if progress was not made, along with the potential for the country’s federation to be expelled entirely.

Individual Russian athletes may still compete as "authorised neutral athletes" (ANAs) if they train within the sphere of a WADA compliant testing programme.

In total 74 Russian athletes have been declared eligible to compete in 2018, while 68 further applications have been rejected.

As of last week, five athletes have had their ANA status revoked.