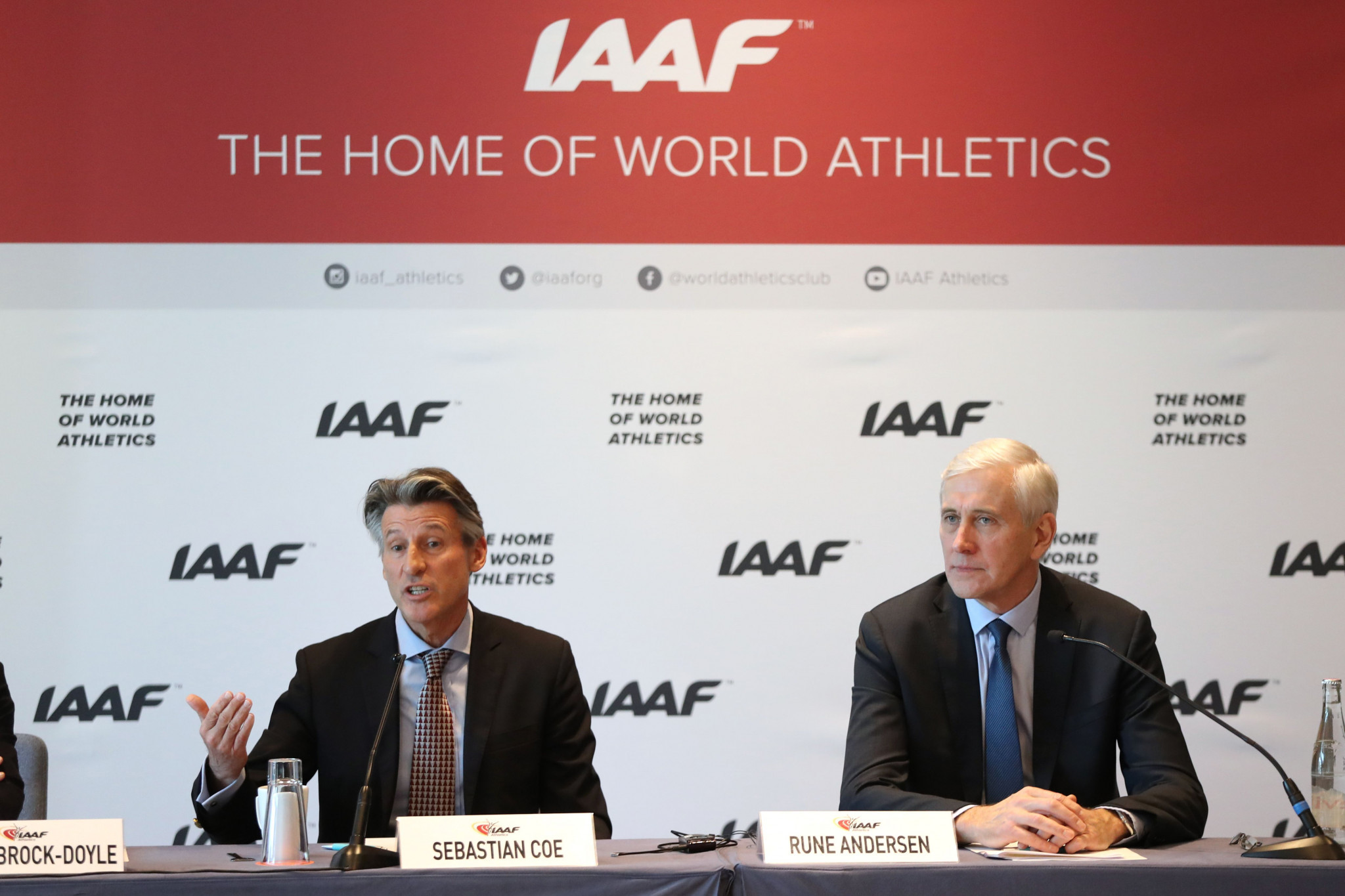 The International Association of Athletics Federations (IAAF) Task Force is requesting an urgent meeting with the Russian Athletics Federation (RusAF) over recent allegations that coaches involved in the sport's discredited old regime in their country are still involved with current competitors.

It was confirmed today following the conclusion of the two-day IAAF Council meeting in Doha that the RusAF remains suspended - the 10th time it has been extended since initially being imposed in November 2015.

There remain two ongoing issues - agreed payment for costs incurred by the IAAF and the analysis of data now supplied by the Moscow Laboratory - but the Task Force chairman Rune Andersen noted recent allegations made by German broadcaster ARD about the continuing involvement of Russian coaches.

"The Task Force also took note of the ARD allegations that some coaches from the old regime are involved again in coaching national team athletes," Andersen said.

"This runs counter to the assurances that the Task Force has previously received from RusAF that it is disassociating itself from the old regime.

"The Task Force have therefore today written to RusAF and asked for clarification.

"We have also said we would like to meet in order to receive as much clarification as possible.

"Pending the outcome of this meeting we will discuss the possibility of how the Athletics Integrity Unit's intelligence unit might further look into these allegations."

Video of ARD story about Valentin Maslakov, Russian head athletics coach from time of #doping scandal, who resigned, but is still serving as senior national team coach today. Including a tentative first narrating attempt from me. With @hajoseppelt https://t.co/eODDYRMrKo

The ARD broadcast alleged that the former head coach of the Russian athletics team, Valentin Maslakov, who resigned at the height of the doping scandal four years ago, remains involved in the Russian system.

Asked whether Russian athletes could be officially reinstated in time for this year's IAAF World Championships in Doha, due to take place from September 26 to October 8, Andersen remained non-committal.

"We are not setting any timeline," he said.

"It is not something we have to take into consideration.

"What we have been tasked to do is to look at the criteria.

"Those have to be met.

Russian athletes cleared by the IAAF to compete in international competition, like the European Indoor Championships in Glasgow earlier this month, take part as Authorised Neutral Athletes.

On the subject of the ongoing requirements of RusAF since the IAAF Task Force was established in 2015, Andersen admitted the money they owed for the cost of the investigation remained a priority.

"The Task Force reported to the IAAF Council today that two key issues remain outstanding before the reinstatement of RusAF," he said.

"Regarding the payment of the outstanding costs to be repaid, RusAF has raised some logistical concerns about the payment, but the IAAF will get this resolved shortly.

"Secondly, receipt of the analytical data and any samples that the Athletics Intelligence Unit (AIU) needs from the Moscow lab in order to determine which athletes have a case to answer under the IAAF Anti-Doping rules.

"The data is currently being processed and authenticated by the World Anti-Doping Agency (WADA) and WADA has committed to getting it to the AIU as a matter of priority."