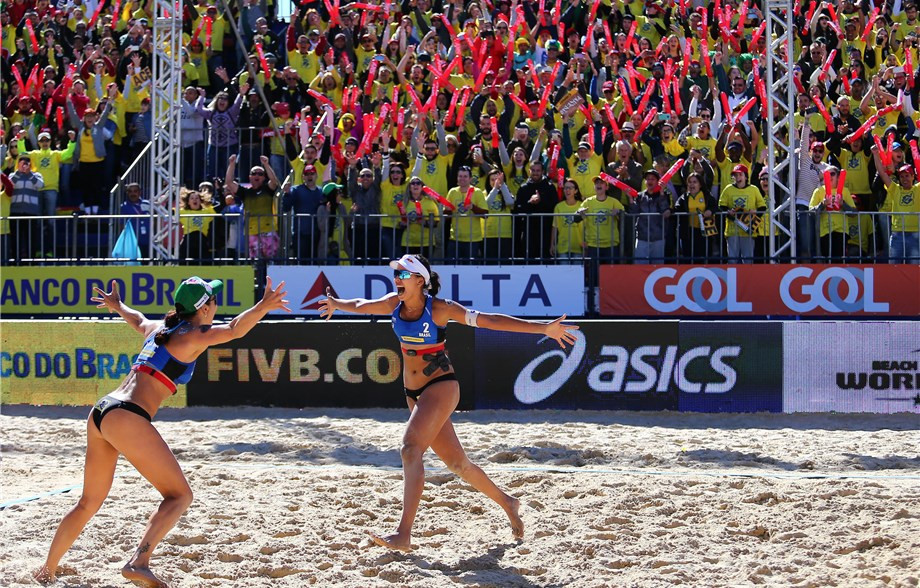 The International Volleyball Federation (FIVB) Beach Volleyball World Tour is set to return to Itapema for the second straight season with the Brazilian coastal city ready to host the sport’s men’s and women’s elite at Meia Praia Beach.

Some 88 teams – 47 men’s and 41 women’s – from 26 different countries will compete for coveted Tokyo 2020 Olympic ranking points from tomorrow through to Sunday (May 19).

Gonçalves Oliveira Júnior and Loyola Stein, who are the reigning world champions but ended their partnership shortly after the 2018 Itapema Open, will return to defend their titles with different partners.

The hosts will have as many as eight men’s teams playing in Itapema, including Alison Cerutti and Alvaro Filho, Pedro Salgado and Vitor Felipe, and Guto Carvalhaes and Saymon Barbosa.

Brazil will also have eight women’s teams in contention.

"I couldn’t play last year because I had injured my finger and I was so upset," Patrícia Silva said.

"It was frustrating because it’s always special to play a World Tour event in Brazil, but we’ll be there this season and I hope we can keep showing the same good energy that led us to recent good results."

The tournament  also serves as a preview of the 2019 FIVB Beach Volleyball World Championships, which are due to take place in Hamburg from June 28 to July 7.

Nearly half of the 90 first teams confirmed to compete in the German city will be seen in Itapema this week.

Qualification is scheduled to be held tomorrow.

The last eight main-draw berths will be up for grabs.