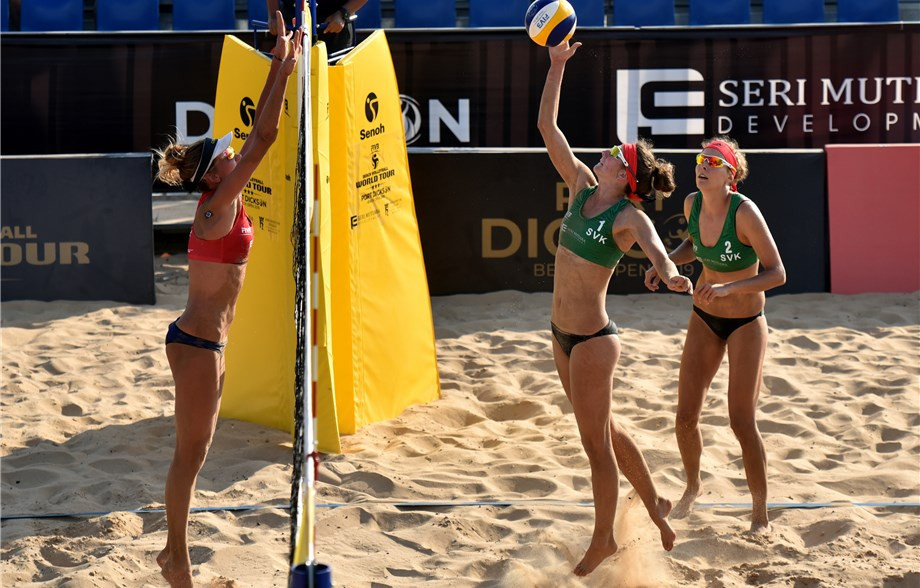 Strbova and Dubovcova booked their place in the last eight of the International Volleyball Federation Beach World Tour event by defeating the German pair 21-18, 21-11 amid challenging conditions at the competition near Kuala Lumpur.

Defeat ended the hopes of Olympic gold medallist Ludwig, who has recently returned to the circuit after a near two-year absence, and Kozuch of victory at the event.

"It’s great that we have shown that we could play in these hot weather conditions and I just couldn’t describe how great it feels to beat an Olympic champion," said Dubovcova.

"We both served really well to put them under pressure.

"We defended a lot of balls and stayed consistent in our reception."

Karla Borger and Julia Sude of Germany joined them in the next round as the second seeds beat France’s Lezana Placette and Alexia Richard 21-15, 21-15.

In the men's event, Brazil's Thiago Barbosa and Oscar Brandao were among the teams to secure a place in the quarter-finals.