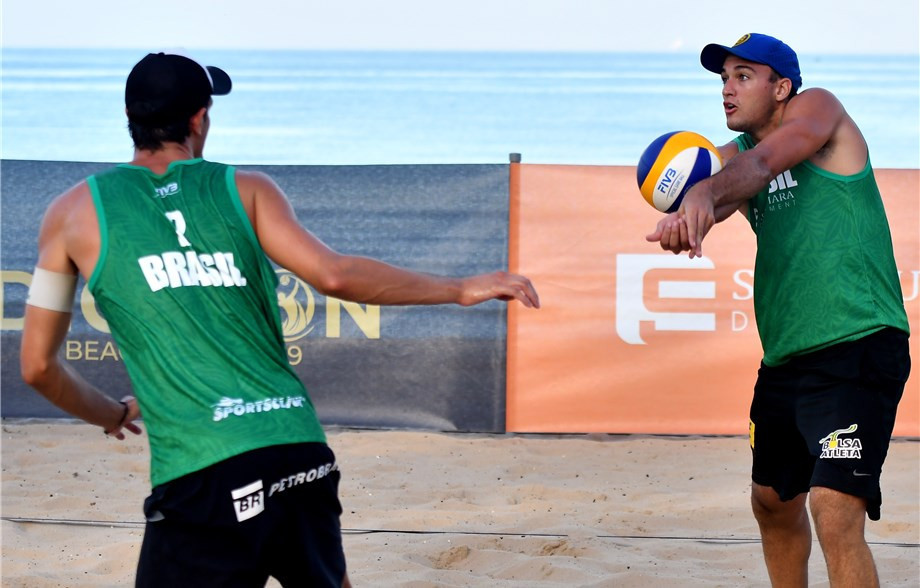 The Brazilians got into the winning groove in this International Volleyball Federation (FIVB) Beach Volleyball World Tour event with a 21-12, 21-10 result against home players Elangovan Yogeswaran and Ting Jackson Kiet Sing.

“It was windy and difficult to play because the wind was blowing from different directions, but we had patience and stuck together in spite of errors,” George told FIVB.

Meanwhile, their compatriots Alison Cerutti and Alvaro Filho ruled in the other pool as they beat Malaysia’s Gee Jia Wei and Kwan Young Kuck 21-6, 21-7 and then fellow countrymen Thiago Barbosa and Oscar Brandao 21-17, 21-10.

In Pool C, Victoria Bieneck and Isabel Schneider beat Russia’s Ekaterina Syrtseva and Alexandra Moiseeva 21-16, 15-21, 16-14, before closing their day with a 21-19, 21-16 win over the United States’ Corinne Quiggle and Amanda Dowdy.