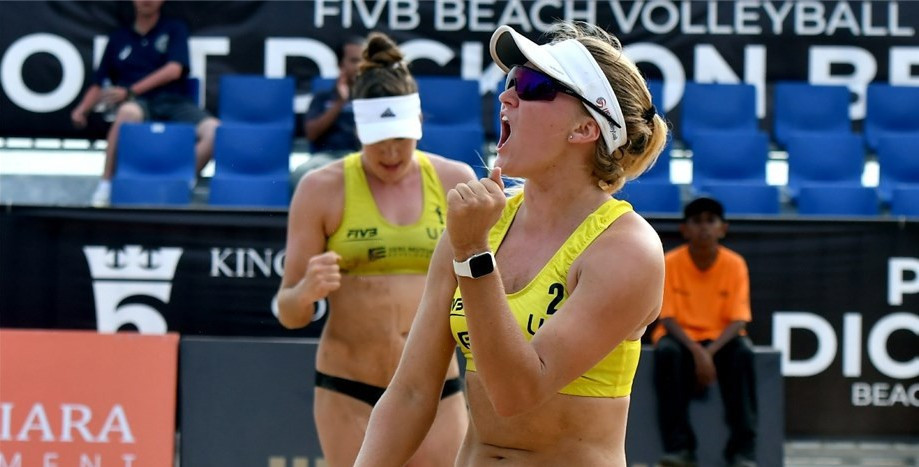 American pair Amanda Dowdy and Corinne Quiggle turned around a tie-break to progress to the main draw of the International Volleyball Federation (FIVB) Beach World Tour in Kuala Lumpur.

The duo defeated Julie Gordon and Shanice Marcelle 21-18, 20-22, 15-11 in their second qualifying match of the day at Port Dickson.

They had trailed in the third set but managed to overcome their Canadian opponents at the three-star event.

“It was unbelievable,” Quiggle said.

“We were both sitting there so relieved.

"It took both of us stepping up and pulling us up as a team, and giving it our all, being aggressive in tight situations.

"We were down and we knew that we had to go for every ball.”

Dowdy and Quiggle had eased past Romania’s Beata Viada and Ioana-Alexandra Ordean 21-14, 21-11 earlier in the day.

In the men's competition, Italy's Enrico Rossi and Adrian Carambula, who finished runners-up at last week's four-star event in Xiamen, also progressed to the main rounds.

They secured a comfortable 21-11, 21-15 victory against Canada’s Aaron Nusbaum and Michael Plantinga.