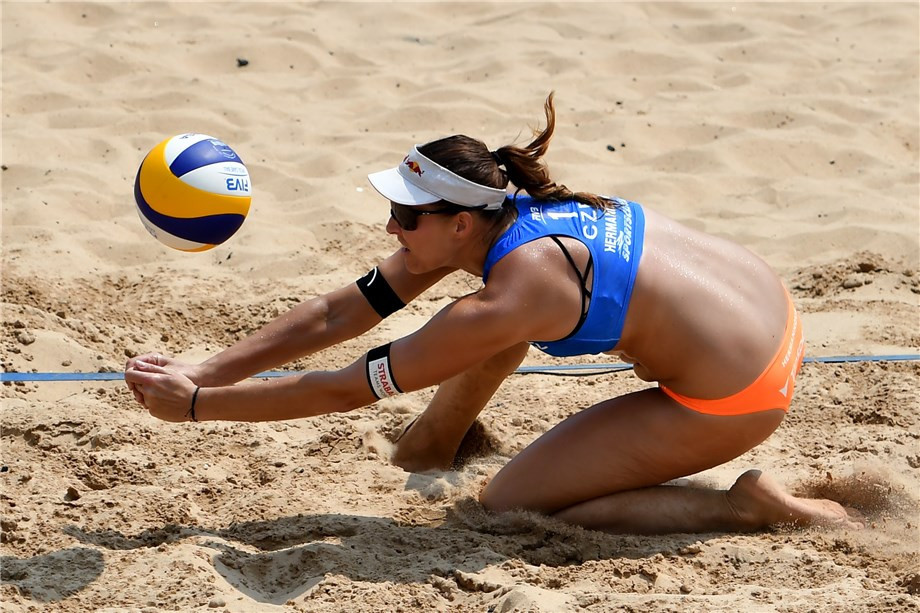 Top seeds Barbora Hermannova and Marketa Slukova of the Czech Republic will face the American pair of Brooke Sweat and Kerri Walsh Jennings in the final of the Port Dickson Beach Open in Malaysia.

The two teams progressed to the final of the event, part of the International Volleyball Federation Beach World Tour, with straight-sets victories in their respective semi-finals today.

"I'm pleased that we stuck together and worked hard through our second match today because it was very hot," Slukova said.

“Also, we are very tired coming from the final in Xiamen.

"We’ve been playing for almost 14 days without a break."

Olympic gold medallist Alison Cerutti and partner Alvaro Filho of Brazil reached the last four at a World Tour event for the first time after they defeated Turkey's Murat Giginoglu and Volkan Gogtepe 21-16, 21-12 in the men's competition.

The other semi-final will be an all-American affair between John Hyden and Ryan Doherty, and Theodore Brunner and William Priddy.

The tournament continues with the men's semi-finals and women's final tomorrow.