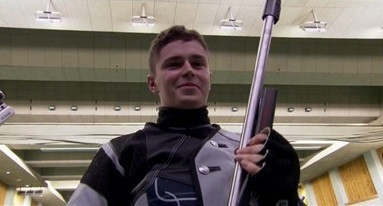 The 19-year old scored 458.7 points in the final at Beijing Shooting Range Hall.

He had been on par with Sergey Kamenskiy during the qualification round, with both athletes finishing on 1176 points.

Nepejchal edged out Kamenskiy in the final, however, with the Russian scoring 458.1 to take silver.

The other owner of the junior world record is Hungary's Istvan Peni, set in 2016.

Russia picked up another silver through Vitalina Batsarashkina on 240.6, while Hungary's Veronika Major received bronze with 220.5.