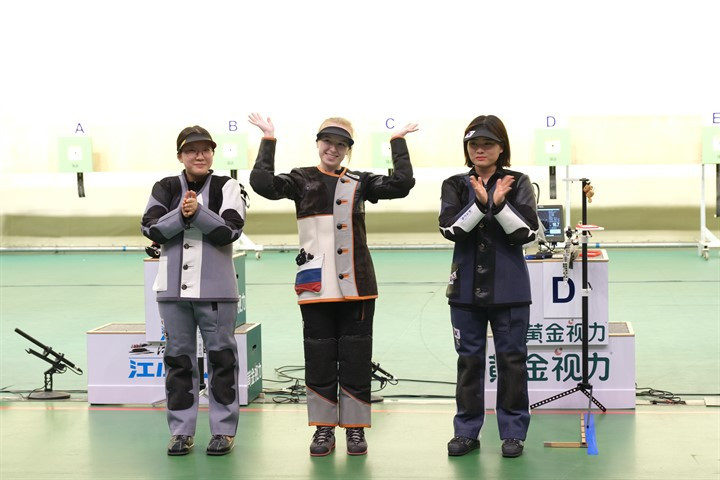 Karimova, the 50m rifle three positions world champion, scored 251.1 points in the final to top the podium in the Chinese capital.

Two quota places for the shooting events at next year's Olympic Games in Tokyo were also on offer.

They were earned by Najmeh Khedmati of Iran and Denmark's Anna Nielsen.

Karimova, who won bronze in the 50m rifle three positions event at the 2018 World Championships, came into the final having finished first in qualification with 630.4 points.

Two gold medals will be on offer – in the women's 10m air pistol and the men's 50m rifle three positions – when the event resumes tomorrow.