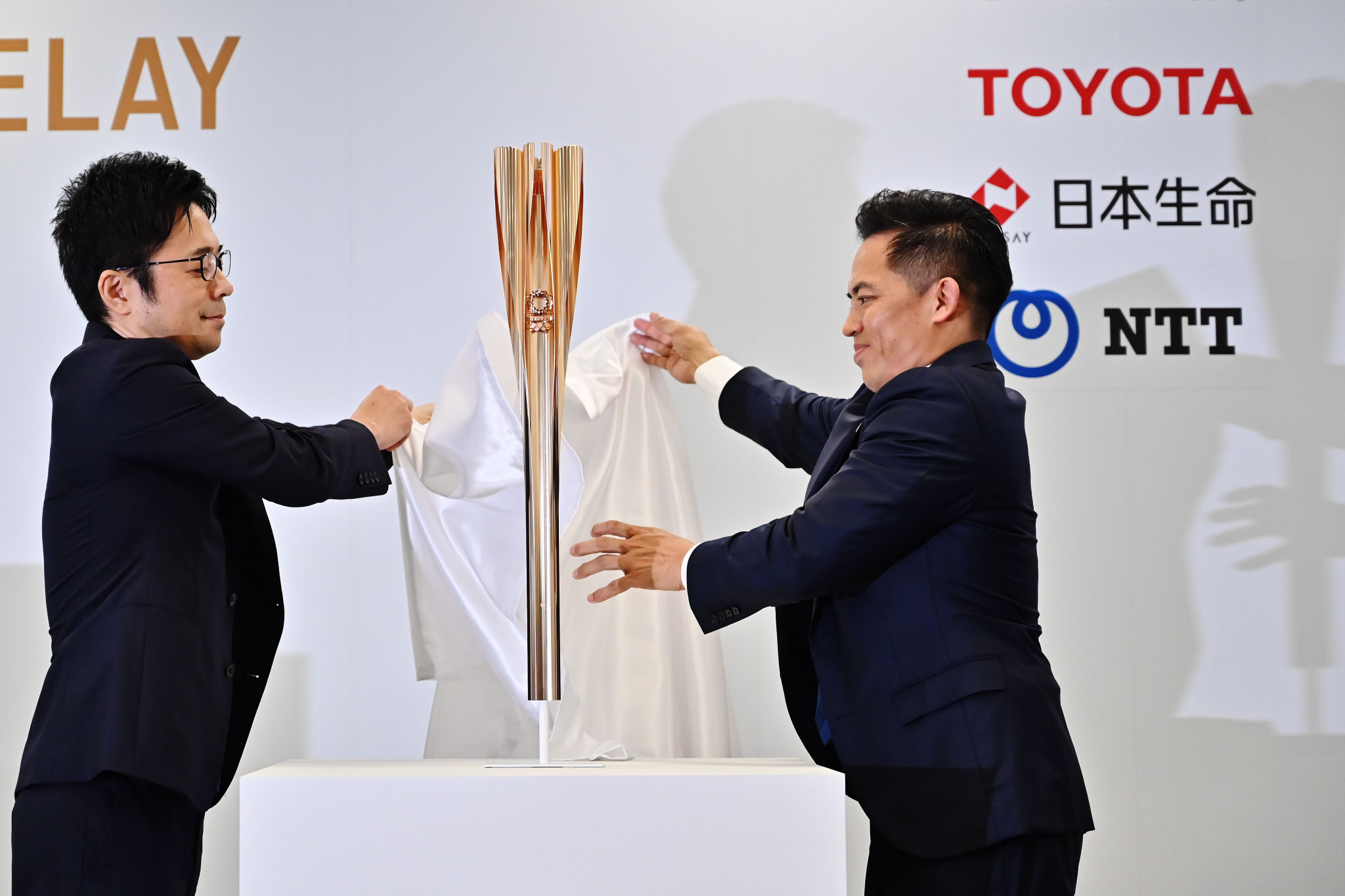 Tokyo 2020 has today unveiled the design of the Torch that will be used during the Olympic Torch Relay and the emblem for the event.

The Torch and its emblem will feature strongly in the build-up to next year's Games across the whole of Japan.

Their unveiling comes exactly one year before the flame is due to arrive from Greece at Matsushima Airbase in Miyagi prefecture on March 20.

The Torch bears the motif of a cherry blossom, Japan's most familiar and best-loved flower.

With the arrival of the cherry blossom season in March 2020, the Olympic Torch will be integrated within the "Hope Lights Our Way" concept of the Relay and will begin its journey across Japan.

Uniting tradition and modern technology, the shape of the Torch resembles that of a Japanese traditional "Sakura-mon" cherry blossom emblem.

It was shaped into this form using the same aluminium extrusion technology used in the manufacture of Japan's famous bullet trains.

"The manufacture of the Torch embodies a passion for recovery and consideration for sustainability," a Tokyo 2020 statement adds.

"Aluminium construction waste from temporary housing built in the aftermath of the Great East Japan Earthquake was used to create it, transforming materials that witnessed the rebuilding of shattered lives into a symbol of peace.

"This will convey to the world the extent to which the affected areas are recovering, one step at a time."

The Torch was planned and designed by Tokujin Yoshioka and depicts the shape of a flame.

The five flames generated from the petal unite at the centre of the Torch, in what is said to be "lighting the way with greater brilliance".

A number of technological innovations have been deployed in the combustion section that lights the Torch, including catalytic reaction.

The weight and shape of the Torch grip is designed to make it easy for anyone to handle.

It includes a positioning mark indicating the front of the Torch designed for those with a visual impairment.

The Olympic Torch Relay emblem reflects that for Tokyo 2020, presenting a consistent image across all Games activities and events.

It incorporates three rectangular shapes arranged to depict the dynamic flames of a torch.

In addition, a "ukiyo-e" woodblock printing technique known as "fukibokashi" has been used to produce graduated tones across two colours.

One of these - vermilion - is said to produce an energetic, loving and passionate image and is combined with ochraceous, reminiscent of the earth, in an attempt to create a festive feeling evoking Japan as well as the effect of a flame.

Tokyo 2020 invited participants to form a corporate community overseeing all activities from design to manufacturing.

A selection panel met twice to evaluate designs against criteria that included design, performance of the lighting mechanism and consideration for sustainability.

The Torch will be carried through Japan's rich scenery by many different Torchbearers.

Also unveiled today was the list of Tokyo 2020 Torch Relay ambassadors, whose role will be to promote the attractions of the Olympic and Paralympic Relays to people all over the world.

He is the first person in the judo history and the first Asian athlete in any Olympic sport to have triumphed at three consecutive Games.

Since his retirement, Nomura has been actively promoting judo both at home and abroad.

"When I heard the news of my appointment, I was really surprised and very happy," he said.

"I hope that all of you will enjoy the Tokyo 2020 Games and that your smiles will live on.

"Let's enjoy the Games together."

Currently a member of the Tokyo 2020 Athletes' Committee and the Emblem Selection Committee, she actively promotes Paralympic sport in Japan and is helping to encourage an inclusive society.

"When I received this offer, I was really surprised," Taguchi said.

"At first I wasn't certain if I could serve in such a major role, but I felt I wanted to do it, so I accepted.

"The Torch Relays are for everybody.

"Regardless of gender or physical ability, anybody can participate in the Relays and send cheers along the streets or through the TV.

"I would like to help make the Torch Relays memorable for all those who participate.

"We, the ambassadors, will do our best, so please join us."

Joining Nomura and Taguchi as ambassadors are Satomi Ishihara, an actress from Tokyo, and Sandwich Man, a comedy duo made up of Mikio Date and Takeshi Tomizawa from Miyagi prefecture.