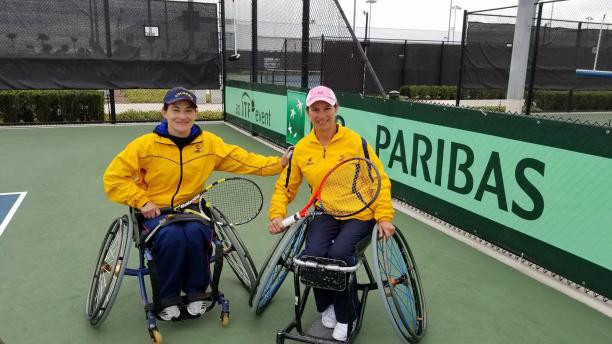 Two Colombian wheelchair tennis players have been jointly named as the Americas Paralympic Committee Athlete of the Month for January.

Johanna Sossa and Johana Martinez received 53 per cent of the vote after leading their country into the International Tennis Federation World Team Cup Finals, due to take place in Israel between May 13 and 18.

They beat Mexico 3-0 and 2-1 in two ties at the Americas Qualification tournament in the United States last month to seal Colombia’s place at the premier wheelchair tennis team event.

Canada’s Alpine skier Frederique Turgeon came second with 38 per cent of the vote after winning a silver and two bronze medals at the World Para Alpine Skiing Championships in Sella Nevea in Italy and Kranjska Gora in Slovenia just weeks after the death of her father.

The other two nominees also came from the worlds of wheelchair tennis and Alpine skiing.

All the nominees were put forward by their respective National Paralympic Committees.