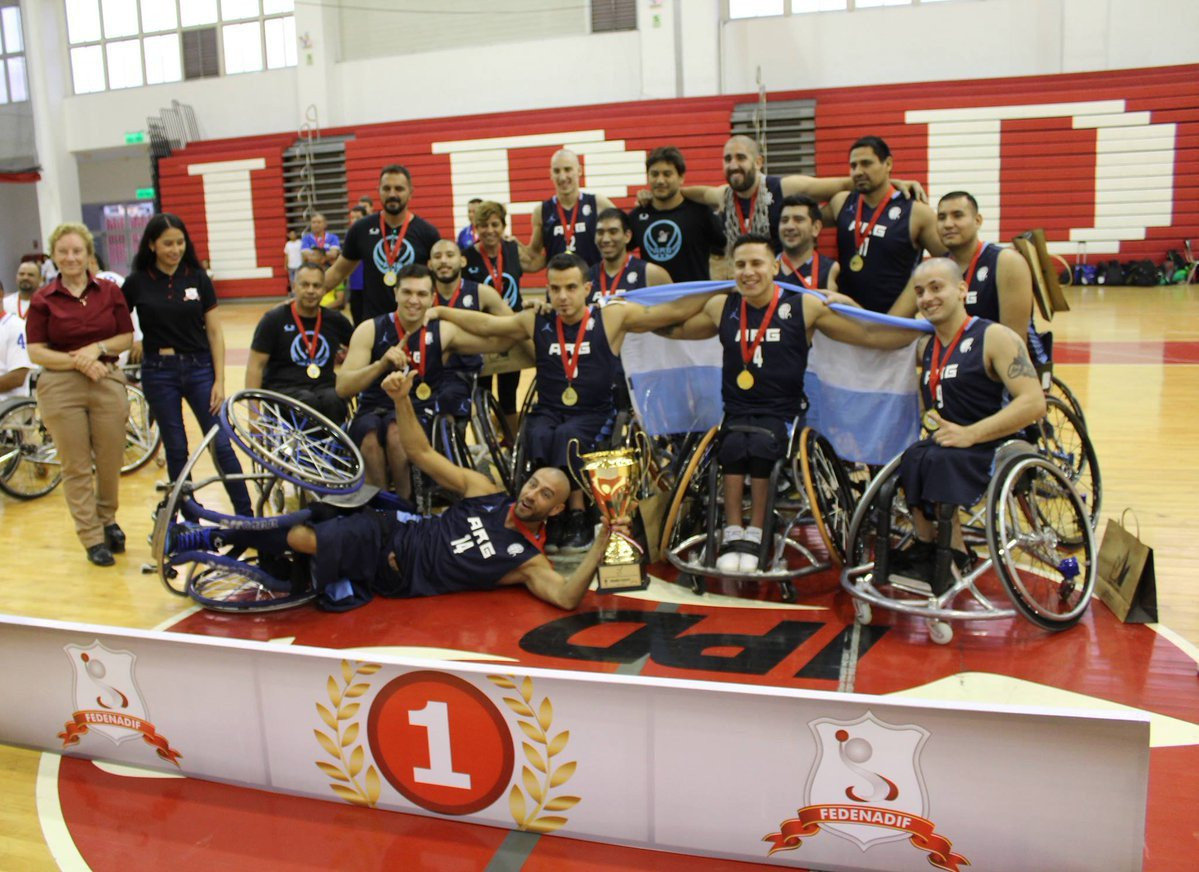 Argentina's men's wheelchair basketball team is among the four nominees for the Americas Paralympic Committee (APC) Athlete of the Month award for December after winning the 2018 South America Championships title in Peru's capital Lima.

A 65-40 victory over Brazil in the final saw the Argentinians win their second consecutive crown at the event.

In reaching the final, both teams qualified for next year's Parapan American Games in Lima.

Also nominated for the December award is Brazilian Nordic skier Cristian Ribera, who claimed his first two podium finishes at the opening World Cup in Vuokatti in Finland.

Ribera finished third in the men's cross-country middle-distance sitting race and second in the short distance.

The list of nominees is completed by two powerlifters; Colombia's Fabio Torres and Venezuela's Oriana Teran.

Torres lifted 218 kilograms on his second attempt in the men's under-97kg at his home Americas Open Championships in Bogotá.

It outdid his silver medal-winning performance from 2015 and secured him his first continental title.

The Americas Athlete of the Month poll is OPEN!@COLParalimpico | @cpboficialhttps://t.co/tVfygYoZHS

Teran, meanwhile, won bronze in the women's under-45kg category at Bogotá 2018 after clearing the bar at 67kg.

It ensured the 20-year-old a junior Americas record in the category.

The public are invited to vote for their winner via the APC homepage, accessible here, until January 14.

Peru's Pilar Jauregui won the APC Athlete of the Month award for November following her performance at the Para Badminton Pan American Championships in Lima.

Jauregui left the event as the most decorated player, triumphing in the women's singles, doubles and mixed doubles.

She received 70 per cent of the public vote.