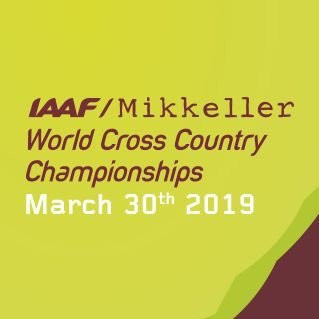 Russian athletes granted neutral status by the International Association of Athletics Federations (IAAF) have been invited to apply to compete at next month's World Cross Country Championships in Aarhus.

The IAAF has published guidelines for competitors who wish to participate on the Authorised Neutral Athletes team at the one-day event in the Danish city on March 30.

They can apply through a "neutral athlete liaison person designated by the IAAF who will act on behalf of all neutral athletes seeking to participate" by the March 18 deadline.

A maximum of three will be able to compete in each of the five races on the schedule at the World Cross-Country Championships.

"Each neutral athlete will be entitled to be accompanied by two people who are accredited for the period of the Championships," the IAAF said in a statement.

"Those support personnel must be approved by the IAAF whose decision to approve or not approve their participation will be final."

In an event dominated by African runners, Russia has never won a medal in the senior men or women's races at the IAAF World Cross Country Championships.

Ahletes who want to be considered must derive from the list of competitors approved for neutral status by the sport's worldwide governing body.

The event in Aarhus is the latest IAAF World Championships which Russian athletes can only participate at as neutrals as the Russian Athletics Federation remains suspended following the doping scandal.

The IAAF granted 42 athletes neutral status for 2019 in January, all of whom held the status in 2018.

They were approved to compete again this year after meeting criteria under a newly-introduced system.

RusAF had previously revealed they received applications from 133 athletes, with 98 of those having already been sent to the IAAF for consideration.

It is not clear how many Russian competitors will to compete as an "Authorised Neutral Athlete" at the event in Aarhus.