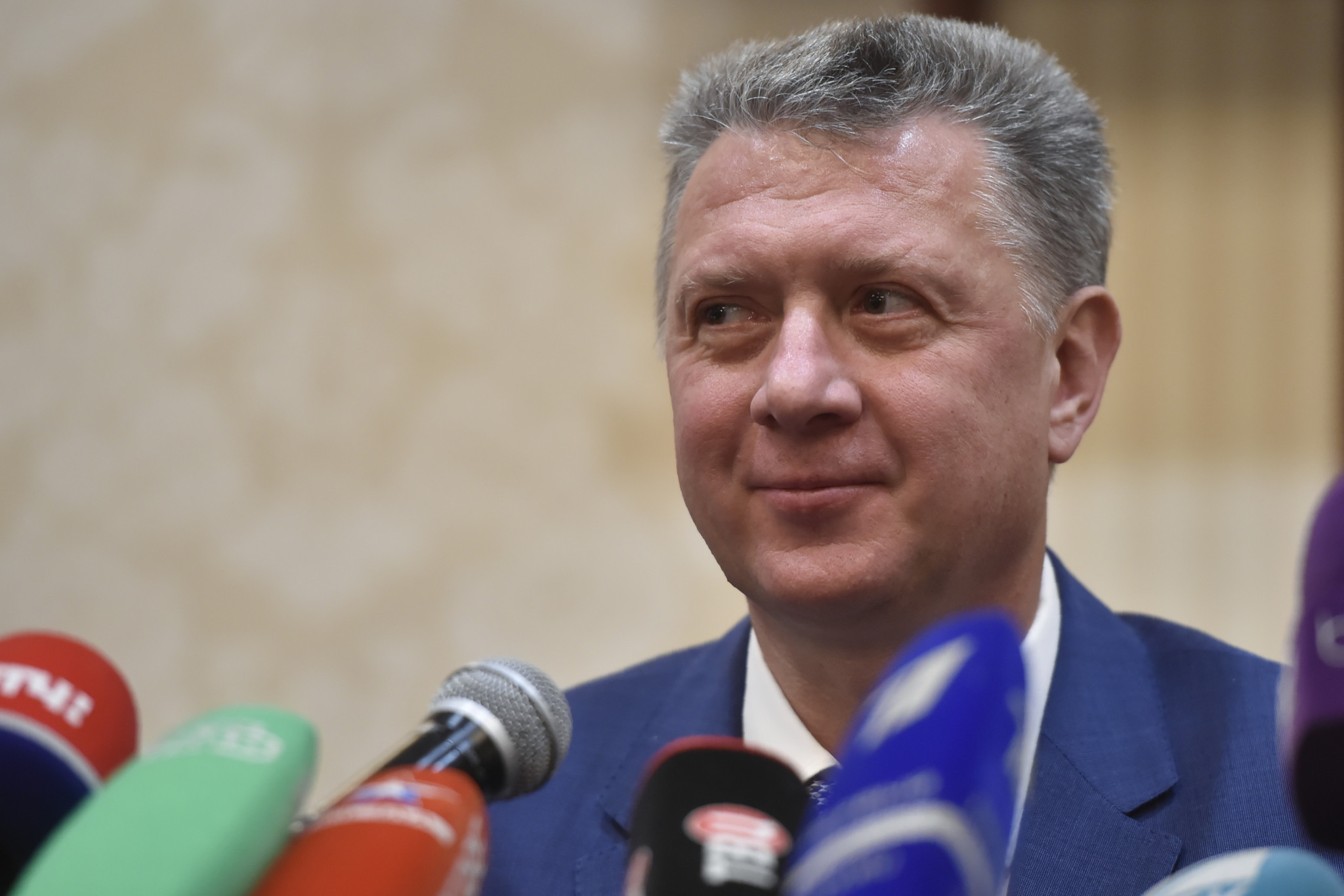 An appeal by the Russian Athletics Federation (RusAF) to the Court of Arbitration for Sport (CAS) against their suspension from international competition has been withdrawn.

RusAF have been suspended by the International Association of Athletics Federations (IAAF) since November 2015 when the World Anti-Doping Agency (WADA) found evidence through an Independent Commission of state-sponsored doping and cover ups.

After this decision, Russia were warned by both the IAAF and International Paralympic Committee that they should not expect their bans from those organisations to be automatically lifted.

RusAF had argued the criteria for RUSADA's ban to be lifted was identical to its own.

The IAAF has required RusAF to "take responsibility" for its role in the doping crisis and provide access to data from the Moscow Laboratory.

This was also required by WADA to reinstate RUSADA, but the global watchdog softened the two remaining criteria on the body's compliance roadmap to pave the way for Russian reinstatement.

RUSADA’s compliance status was confirmed by the WADA Executive Committee earlier this week following a recommendation from their Compliance Review Committee (CRC), despite Russia missing the deadline to hand over access to data from the Moscow Laboratory.

WADA warned, however, that Russia could be banned from competing at next year's Olympic Games in Tokyo and prohibited from hosting major events in any sport if the data retrieved from the Laboratory two weeks late is found to have been tampered with.

The intelligence and investigations department overseeing the authentication process will submit progress reports to the CRC every two weeks.

If evidence of manipulation is found, the CRC has claimed it will convene "immediately" to review the facts and will recommend the WADA Executive Committee declare RUSADA non-compliant.

RusAF have claimed their decision to withdraw their appeal to CAS follows RUSADA being declared complaint.

The organisation claims the criteria for their reinstatement in the IAAF has been satisfied, so assert there is no longer a need to challenge the governing body.

"I am convinced that at the moment we need to focus our efforts on negotiations with the IAAF regarding the restoration of RusAF on matters within the competence of our Federation, and not wasting time and effort on litigations," Dmitry Shlyakhtin, the RusAF President, told Russia's official state news agency TASS.

RusAF cited recognition of the International Olympic Committee-commissioned Schmid Report and data from the Moscow Laboratory as the two criteria which have now been fulfilled.

IAAF chose to maintain its ban on the RusAF in December because it said Russia had still failed to accept the findings of the McLaren Report or allow investigators into the Moscow Laboratory.

While access to the Moscow Laboratory and data has now been achieved, Russia are still yet to acknowledge the McLaren report’s findings.

The McLaren report has been seen as more critical of senior figures within the Russian Government than the Schmid report.

Rune Andersen, head of the IAAF's Taskforce on Russia, warned when the governing body extended the country’s suspension for the ninth time that acceptance of the McLaren report remained key.

"[IAAF] Council has previously agreed with the Taskforce that this condition is very important in terms of delivering assurance that reintegrating RusAF and its athletes to international competitions will not undermine the integrity of those competitions," he wrote in his report.

"Unless the McLaren findings are acknowledged and properly addressed, how can we feel confident that there will not be further undermining of RUSADA’s activities moving forward?

"The Taskforce remains disappointed that Russia has not recognised all of the findings of the McLaren reports directly."

Russia must also pay all of the IAAF's costs for the investigation since they were first banned, but have previously claimed they cannot afford the fee and has asked to pay in installments.

The sum owed could potentially have increased sharply had RusAF continued their CAS appeal.

The IAAF have welcomed RusAF’s decision to withdraw their appeal.

"We are pleased that both organisations can focus their time and funds on RusAF’s reinstatement rather than preparing legal cases and arguments," an IAAF spokesperson told insidethegames.

The next IAAF Council meeting is due take place in Doha on March 4 and 5, where RusAF’s continuing suspension will next be discussed.

Russia will not be able to compete under their own flag at the European Indoor Championships in Glasgow next month.

But Russian athletes will be allowed to compete under a neutral flag providing they meet strict criteria on anti-doping.

The IAAF granted 42 athletes neutral status for 2019 earlier this month, with all the athletes involved having held the status in 2018.

They were approved to compete again this year after meeting criteria under a newly-introduced system.

RusAF had previously revealed they received applications from 133 athletes, with 98 of those having already been sent to the IAAF for consideration.

Applications are still being assessed with priority given to athletes hoping to compete in the indoor season.