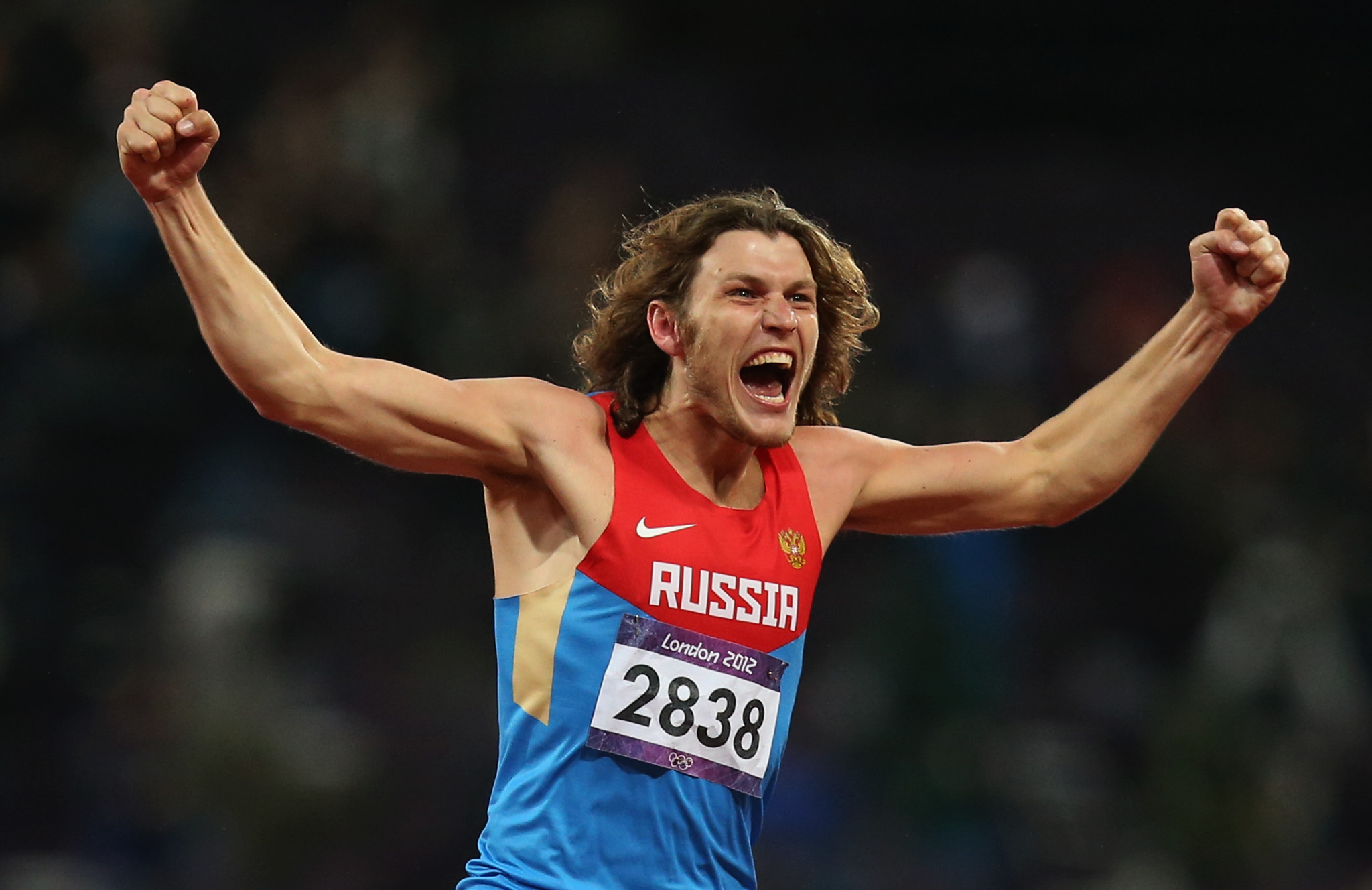 A group of 12 Russian athletes, including the 2012 Olympic high jump champion Ivan Ukhov, have been suspended for periods ranging from two to eight years after the Court of Arbitration for Sport (CAS) ruled against them.

The athletes banned also included Svetlana Shkolina, winner of the high jump at the 2013 International Association of Athletics Federations (IAAF) World Championships and the bronze medallist at London 2012.

It is the first case of CAS issuing disciplinary procedures since it replaced the Russian Athletics Federation (RusAF) in hearing cases following their suspension by the IAAF.

The cases are based mainly upon evidence gathered by Canadian lawyer Richard McLaren and the the Athletics Integrity Unit (AIU).

The cases "against several Russian athletes, in particular to the effect that these athletes participated in and/or benefited from anabolic steroid doping programmes and benefited from specific protective methods (washout schedules) in the period 2012 (Olympic Games in London) – 2013 (World Championships in Moscow)," CAS said in a statement today.

Rodchenkov has claimed he came up with the scheme of the Government in Moscow before fleeing the country to the United States, where he later became the main whistle blower for authorities investigating allegations of Russian state-sponsored doping.

The decision means that Ukhov is set to be stripped of the Olympic gold medal he won at London 2012.

That is now set to be the United States' Erik Kynard.

Ukhov has been given a four-year ban starting from today and all his results from July 16 in 2012 retrospectively annulled.

Among other medals he is set to lose is the silver he won at the 2014 IAAF World Indoor Championships in Sopot.

He also currently heads this year's IAAF world indoor rankings with a best jump of 2.31 metres at Chelyabinsk on January 17.

Shkolina had won the gold medal at the IAAF World Championships in Moscow 2013, a year after finishing third at London 2012.

She will now be stripped of both of those medals, with her gold medal from Moscow set to be awarded to America's Brigetta Barrett.

Spain's Ruth Beitia is likely to be upgraded from fourth place to the bronze medal at London 2012.

Another significant name among those announced today is Tatyana Lysenko, winner of the gold medal in hammer at London 2012 but which she had already been stripped of in October 2016 following a re-test of her sample by the IOC.

She is now also set to lose the gold medal she won at the 2013 IAAF World Championships in Moscow, which is set to be awarded to Poland's Anita Włodarczyk with China's Zhang Wenxiu and Wang Zhengmoving up to silver and bronze respectively.

Lysenko has also been banned for eight years having already received a two-year doping suspension in 2008.

Russia have now been stripped of a total of 15 medals from London 2012 - five gold, eight silver and two bronze.

Lyukman Adams, a triple jumper who won the gold medal at the IAAF World Indoor Championships in Sopot, has also been banned.

Cubans Ernesto Revé and Pedro Pablo Pichardo are now set to be promoted to the silver and gold medals with Romania's Marian Oprea moving from fourth to bronze.

Vera Karmishina-Ganeeva, gold medallist in the discus at the 2013 Summer Universiade, has also been banned for two-years and had her results from July 2012 retrospectively stripped.

"Today’s CAS rulings confirm that the evidence underlying the McLaren Reports is reliable and is capable of establishing anti-doping rule violations," Brett Clothier, head of the AIU, said

"It needs to be noted that some of these cases were fought solely on the basis of the McLaren evidence, while others were combined with analytical evidence gathered through retesting.

"It is very encouraging for us and gives us the possibility to pursue more cases in the future."

It could have a potentially significant impact on cases involving data from the Laboratory Information Management System (LIMS) gathered from the Moscow Laboratory and using the underlying analytical data generated that the World Anti-Doping Agency (WADA) is currently in the process of authenticating.

"The AIU is in contact with WADA and is keeping a close eye on developments," Clothier said.

"We will wait for more information concerning the practical aspects of the sharing of the athletics- specific data from WADA and decide on the need for any further re-analysis or investigation that may be required in order to pursue more cases."

Other athletes among banned by CAS include Tatyana Firova, who becomes the third member of Russia's 4x400 metre relay team that finished second at London 2012 to have been banned for doping.

They had originally won the silver medals behind the US but were stripped of them in November 2017 following positive re-tests of Yuliya Gushchina and Antonina Krivoshapka.

Firova has received a four-year ban.

A precedent for banning the Russian athletes was set in October 2017 when CAS ruled that Russian triple jumper Anna Pyatykh had used banned substances based on records of secret drug testing in 2013 following a case bought by the AIU.

Documents leaked by Rodchenkov mentioned Pyatykh as part of a "washout" scheme, with unofficial internal testing finding four banned substances in the run-up to the 2013 IAAF World Championships.

It was no surprise that WADA hailed the verdict to ban the 12 athletes and also claimed that it justified their decision to reinstate the Russian Anti-Doping Agency, allowing them to access to the Moscow Laboratory.

"These decisions come as welcome news for athletes, anti-doping organizations, WADA and all others around the world who care about clean sport," said WADA director general Olivier Niggli.

"This should serve to reassure athletes that a lot of work is being conducted behind the scenes by various organisations that are committed to ensure that justice is rendered.

"It reinforces the importance of ensuring that due process is followed and that evidence is carefully presented.

"This highlights also, once again, just how important the successful retrieval of the analytical data from the former Moscow Laboratory by WADA last month is for clean sport and reinforces the decision taken by the WADA Executive Committee to reinstate as compliant the Russian Anti-Doping Agency under strict conditions, including access to the data.

"This large amount of data, which would not have been retrieved without that September ExCo decision, is currently being verified and assessed and, if found to be authentic, will be used to bring forward more cases against those who cheated."