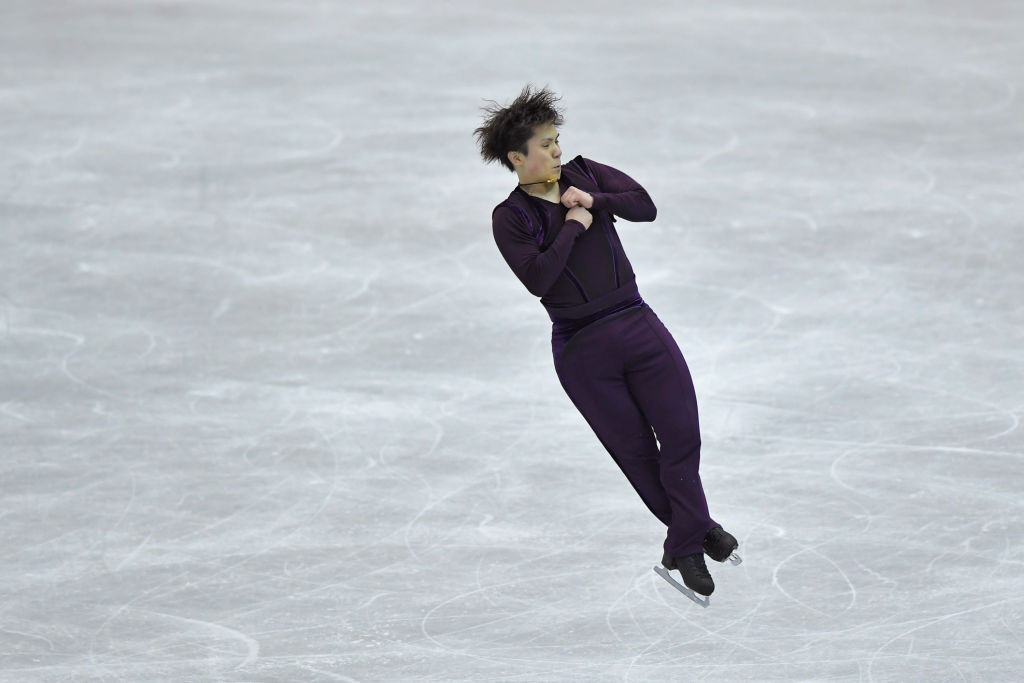 Japan's Shoma Uno secured the gold in the men's event as Rika Kihira came from fifth place to take the ladies' title at the Hiroshima Prefectural Sports Centre.

Olympic silver medallist Uno dominated the second day of competition in the men's event as he stormed to a 22 point victory at the NHK Trophy.

The home favourite landed a quadruple flip and quadruple toeloop at the Hiroshima Prefectural Sports Centre, as well as two triple Axels in the free skate.

"I am happy to have won the NHK Trophy and to have secured my ticket to the Grand Prix Final," he said.

"However, there were mistakes in both the short and free programme.

"The first half [of the free skate programme] I thought was going well, but the second quad toe and the Salchow were meant to be combinations [but] I didn't do [them] and so I had only one combination and I regret that.

"But I didn't lose it emotionally and was aggressive."

His total score of 276.45 points was enough to secure the gold medal in front of Russia's Sergei Voronov in second and Italy's Matteo Rizzo in third.

Voronov's free skate programme kept him in silver medal position with a total of 254.28 points.

Despite suffering a fall, Italy's Matteo Rizzo took the bronze and made history as the first man from his country to take home a medal at an ISU Grand Prix of Figure Skating leg.

His total score of 224.71 moved him from fourth overnight to the bronze medal over American Vincent Zhou.

In the ladies' event, fifth placed Kihira turned it around with a stunning free skate performance to steal the gold from Russia's Elizaveta Tuktamysheva.

The 16-year-old Japanese skater delighted the home fans with a triple Axel, which she failed to land yesterday.

"Yesterday there were some concerns about my triple Axel, but in the morning practice I checked on my Axel and this was reflected in my performance," Kihira said.

"After the short programme I wasn't sure if I could come back and be here today.

"The mistake motivated me today, but I didn't imagine I could get such a high score."

Kihira's 224.31 points took her ahead of her Japanese compatriot, Sakota Miyahara, and Tuktamysheva.

Miyahara secured the silver medal with a score of 219.47, narrowly beating yesterday's leader Tuktamysheva who finished with 219.02 points.

They cruised to victory after leading overnight and took their second consecutive victory on the Grand Prix circuit.

Their total of 214.14 points earned them the gold medal with China's Cheng Peng and Yang Jin in second with 207.24 points and Americans Alexa Scimeca Knierim and Chris Knierim taking home bronze with 190.49 points.

The ice dance will conclude tomorrow with Tiffani Zagorski Jonathan Guerreiro of Russia leading after the rhythm dance with 75.49 points.