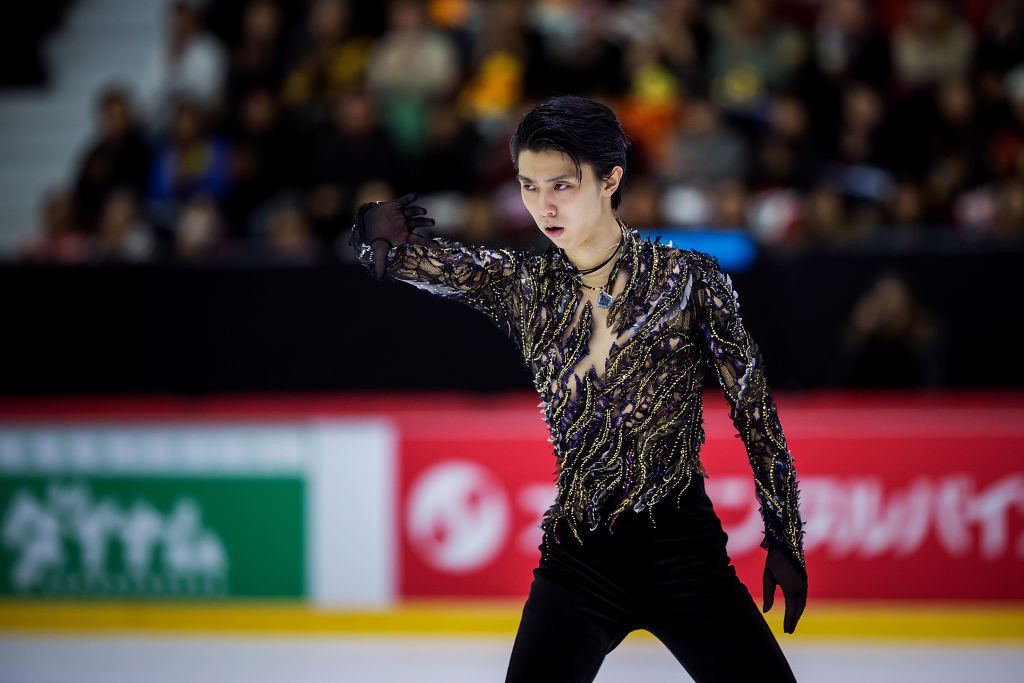 Having recorded a world record score of 106.69 points in the previous day's short programme, the 22-year-old Japanese skater was odds on to win, and he made very few mistakes as he secured the title with a free skate mark of 190.43 for a total of 297.12.

Performing his "Origin" programme, Hanyu reeled off a unique quad toe-triple Axel sequence, a quad Salchow, another quad toe and a somewhat shaky quad loop as well as four more triples and difficult spins and steps.

The two-time world champion said after the final event of the Grand Prix of Figure Skating leg in the Helsinki Arena: "Actually I was fighting my condition, as it was not so good before I came here and after I came here.

"But I beat myself.

"Although the quad loop and quad toe were not perfect, I am pleased I was able to stay on my feet.

"I was trying hard to do the quad toe-triple Axel without a hop in between and when I'm fresh I felt the confidence I can do it."

Brezina opened his programme to I'm a Man and Thunderstruck but fell on the triple Axel before recovering.

"I am happy with the way I finished the programme," the 28-year-old said after his showing in the Finnish capital.

The 2018 world bronze medallist Mikhail Kolyada of Russia climbed from sixth to fourth with 238.79 points as errors dropped China's Boyang Jin from third to fifth on 227.28.