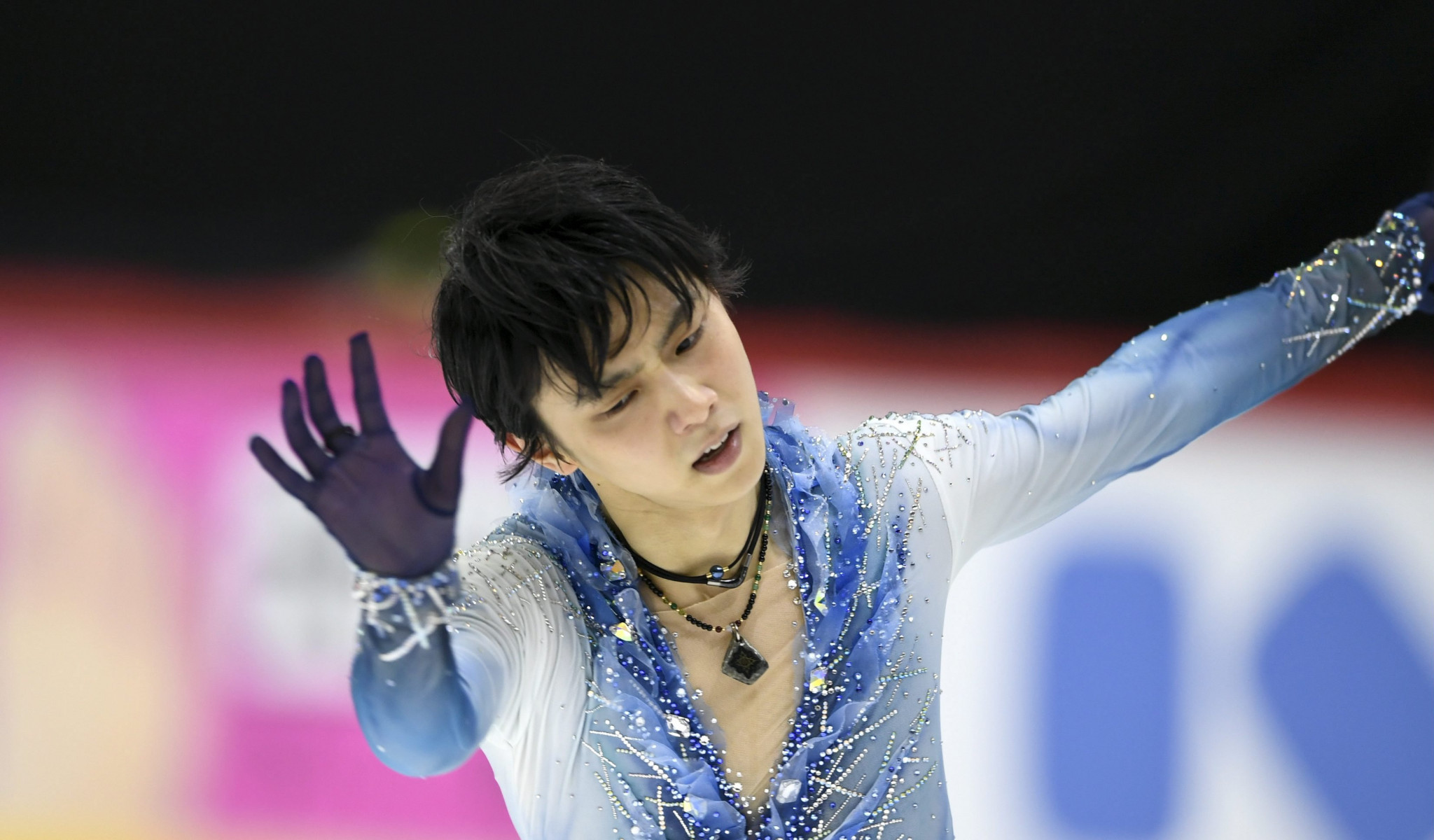 On a day when fellow Olympic champion Alina Zagitova collected another gold in the women's, Hanyu’s score of 106.69 established a new mark following the introduction of new scoring rules this season.

Apart from a slight mistake at the end of a quad toe loop into triple toe loop combination, Hanyu was close to perfection in the Helsinki Arena.

After his routine to the music of Otonal, the crowd rose from their seats to salute the performance as his favoured Winnie the Pooh bears filled the ice.

Skate America runner-up, Michal Brezina of the Czech Republic, was more than 13 points behind Hanyu with 93.31 points with China's Boyang Jin third on 85.97.

All eyes will be on Hanyu in tomorrow’s free skate to see if he can set any more records in Finland.

"It’s a good way to start but I will be even stronger,” he told the Olympic Channel.

Zagitova, Russia’s 16-year-old Olympic and European champion, had led after the previous day’s short programme and secured a confident victory as she earned 146.39 points in the women’s free skate for a total of 215.29.

Eighteen-year-old teammate Stanislava Konstantinova moved up from fourth to earn the silver in her Grand Prix debut with a total of 197.57, while Japan’s Kaori Sakamoto, second in the free skate with 140.16, rose from seventh to take the bronze with a total of 197.42.

After performing to "Carmen", Zagitova was critical of her own performance.

"I am not pleased about my short programme,” she said.

"The free skating was better, but still not ideal.

"I did not quite have the focus I usually have and I took a long time to put the short programme behind me.

"I analysed it for a long time, almost all night long.

"When I got up, I told myself that I have to skate well in the free to please the spectators.”

Russians Natalia Zabiako and Alexander Enbert skated to the first Grand Prix pairs gold medal of their career after overtaking the overnight leaders Nicole Della Monica and Matteo Guarise following the free skating element, which they won with 130.92 for a total of 198.51.

The Italians finished in silver position with 185.77, less than a point clear of Russian newcomers Daria Pavliuchenko and Denis Khodykin, who totalled 185.61 on their Grand Prix debut for bronze.

Another Russian pairing secured their first Grand Prix gold in the final event of day two, the ice dance.

Alexandra Stepanova and Iva Bukin produced a season’s best of 121.91 in the free dance and secured gold with their overall total of 200.09.

Italy’s Charlene Guignard and Marco Fabbri took silver as their free dancing score of 118.93 brought them a total of 196.29, and bronze went to Lorraine McNamara and Quinn Carpenter of the United States, the 2016 world junior champions, who finished third in the free dance with 105.26 to total 176.66.