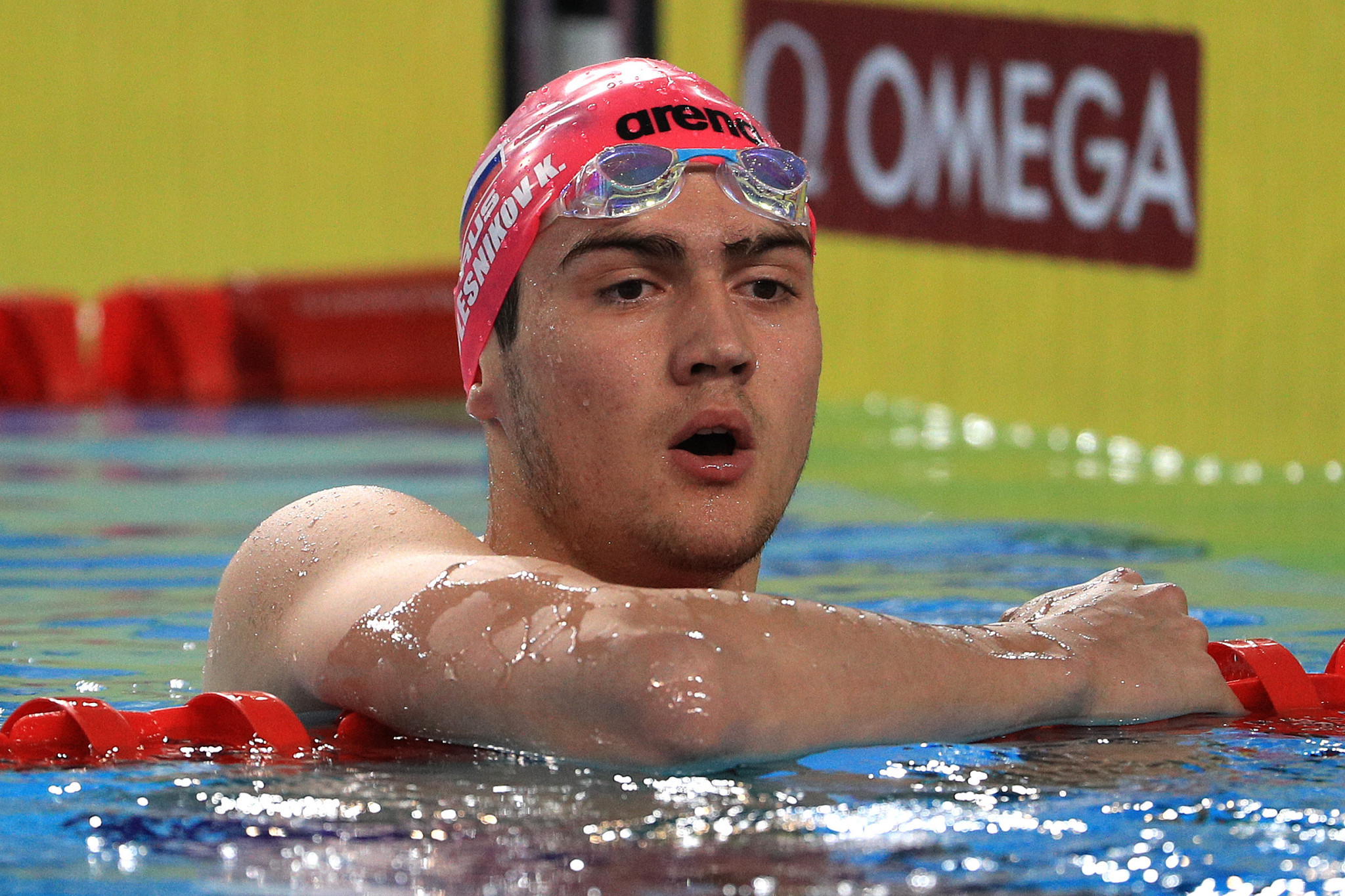 Russia's Kliment Kolesnikov and Andrei Minakov claimed their sixth gold medals of Buenos Aires 2018 as the swimming programme drew to a close.

Kolesnikov had already enjoyed three relay and two individual golds in Argentina’s capital city, along with another relay silver.

The Russian was hoping to sweep the men’s backstroke titles, having already triumphed over the 50 metres and 100m events.

The world record holder in the men's 50m backstroke would achieve the feat, as he triumphed in the 200m race in a time of 1min 56.14.

Minakov matched his compatriot’s gold medal tally, as he clinched victory in the men's 100m freestyle in a time of 49.23.

Poland's Jakub Kraska touched the wall just 0.03 behind to narrowly miss out on the title, with Sweden's Robin Hanson rounding off the podium.

Further Russian success came in the pool when Polina Egorova won the women's 100m butterfly gold in a time of 59.22.

Angelina Koehler of Germany held off the challenge of Anastasiya Shkurdai of Belarus to secure silver.

Hungary's Kristof Milak showed that domination was not just achieved by Russian athletes, as he won a third gold medal.

Milak triumphed in men's 200m butterfly in a time of 1:54.89, with Denys Kesil of Ukraine and Italy’s Federico Burdisso taking the minor medals.

Barbora Seemanova added the women’s 50m crown to the 100m title she claimed earlier this week, as the Czech athlete clocked 25.14 in the final.

Silver went to Mayuka Yamamoto of Japan, while Yang Junxuan of China and Neza Klancar of Slovenia shared bronze after achieving the same time.

While the final swimming medals of the Games were awarded, the first badminton, canoeing and sailing prizes were claimed today.

Alexandros Kalpogiannakis won the men’s windsurfing competition after ending on a total of 23 points, with Italy's Nicolo Renna earning the silver medal on 36.

Italy’s Giorgia Speciale won the final race in the women’s event to seal the overall title on 21 points.

She was followed by France’s Manon Pianazza and Russia’s Yana Reznikova who scored 39 and 46 points respectively to earn silver and bronze.

Hungary’s Eszter Rendesy prevailed in the women’s kayak head-to-head sprint competition after emerging through the early rounds, before beating Slovakia’s Katarina Pecsukova in the final.

Dias Bakhraddin of Kazakhstan won the men’s event as he overcame Uzbekistan’s Isolomjon Abdusalomov in the final.