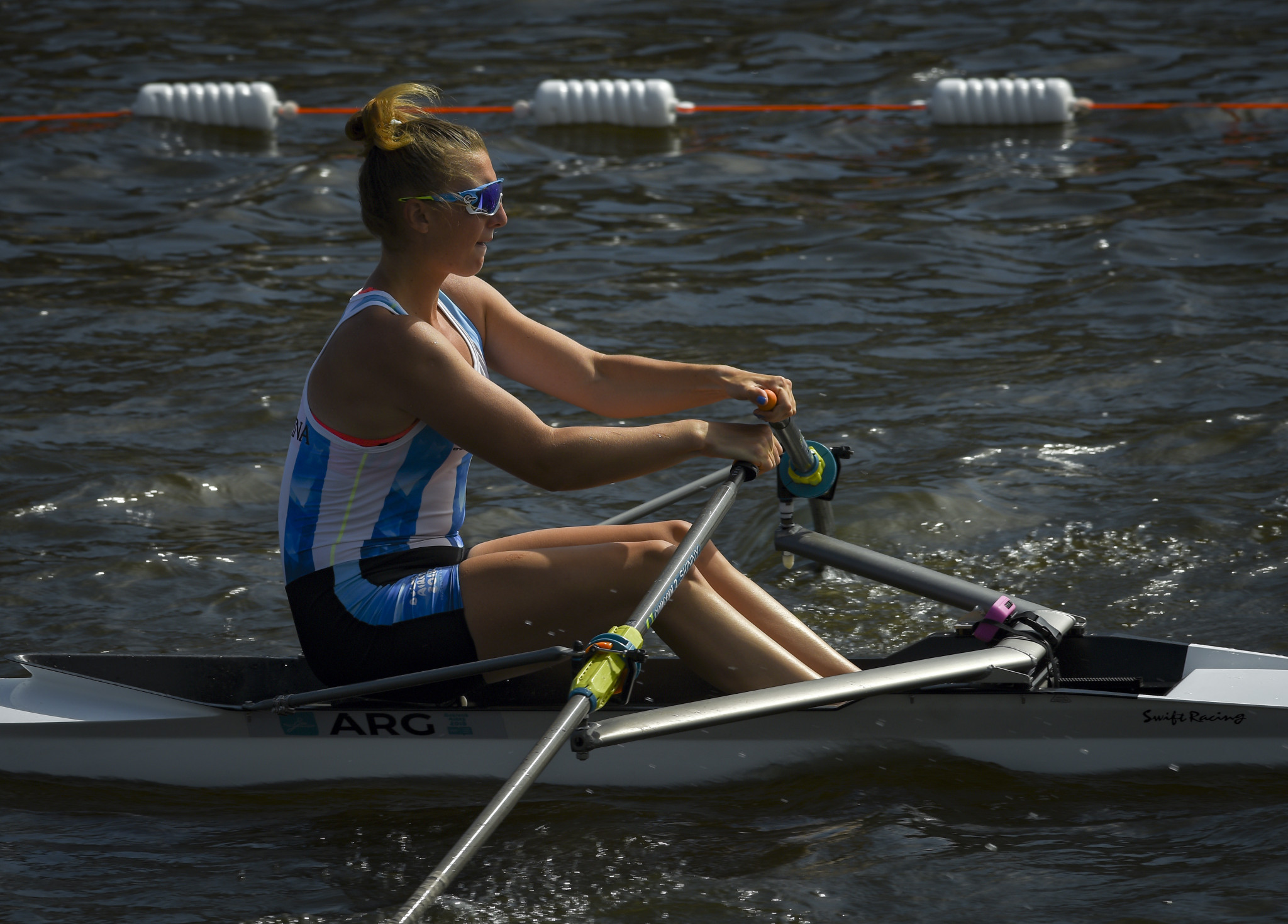 The host nation had earned the first medals of the Games yesterday, with 800 metres freestyle swimming silver and junior women’s pairs rowing bronze.

Their wait for a gold was ended by Ordas, who achieved a time of 1min 43.81sec to beat Sweden's Elin Lindroth, who was forced to settle for silver.

Australia’s Cormac Kennedy-Leverett was a further second back as the bronze medallist.

Russian success continued in the swimming pool as Kliment Kolesnikov secured his fifth gold medal of the Games.

The 18-year-old is the current world record holder in the men’s 50m backstroke, so it was no surprise to see the Russian earn a comfortable victory in the event today.

Over the sprint distance he produced a world junior record time of 24.40, with Italy’s Thomas Cecchon clocking 25.27 as the runner-up.

Bronze was earned by Norway’s Tomoe Hvas, who was 0.01 second behind the Italian.

Kolesnikov was back in the pool for the final event of the evening, as he led off Russia’s men’s 4x100m medley relay squad.

His fifth gold medal was sealed when they finished in a junior world record time of 3:35.17.

Kolesnikov looks set to go for a sixth gold medal on Friday (October 12).

Following several near misses, his gold came today in the men’s 50 metres freestyle event as he sprinted to victory in a time of 22.33.

Russia’s Daniiil Markov was the runner-up in 22.37, while Egypt’s Abdelrahman Sameh claimed bronze in 22.43.

Sweden’s Sara Junevik won the women’s 50 metres butterfly final in a time of 26.40, followed by Belarus’ Anastasiya Shkurdai in 26.62.

Russia’s Polina Egorova and Germany's Angelina Koehler both won bronze by finishing in 26.68.

There was an Iranian taekwondo double as Yalda Valinejad beat Serbia’s Nadica Bozanic of Serbia in the women’s under 63 kilogram final.