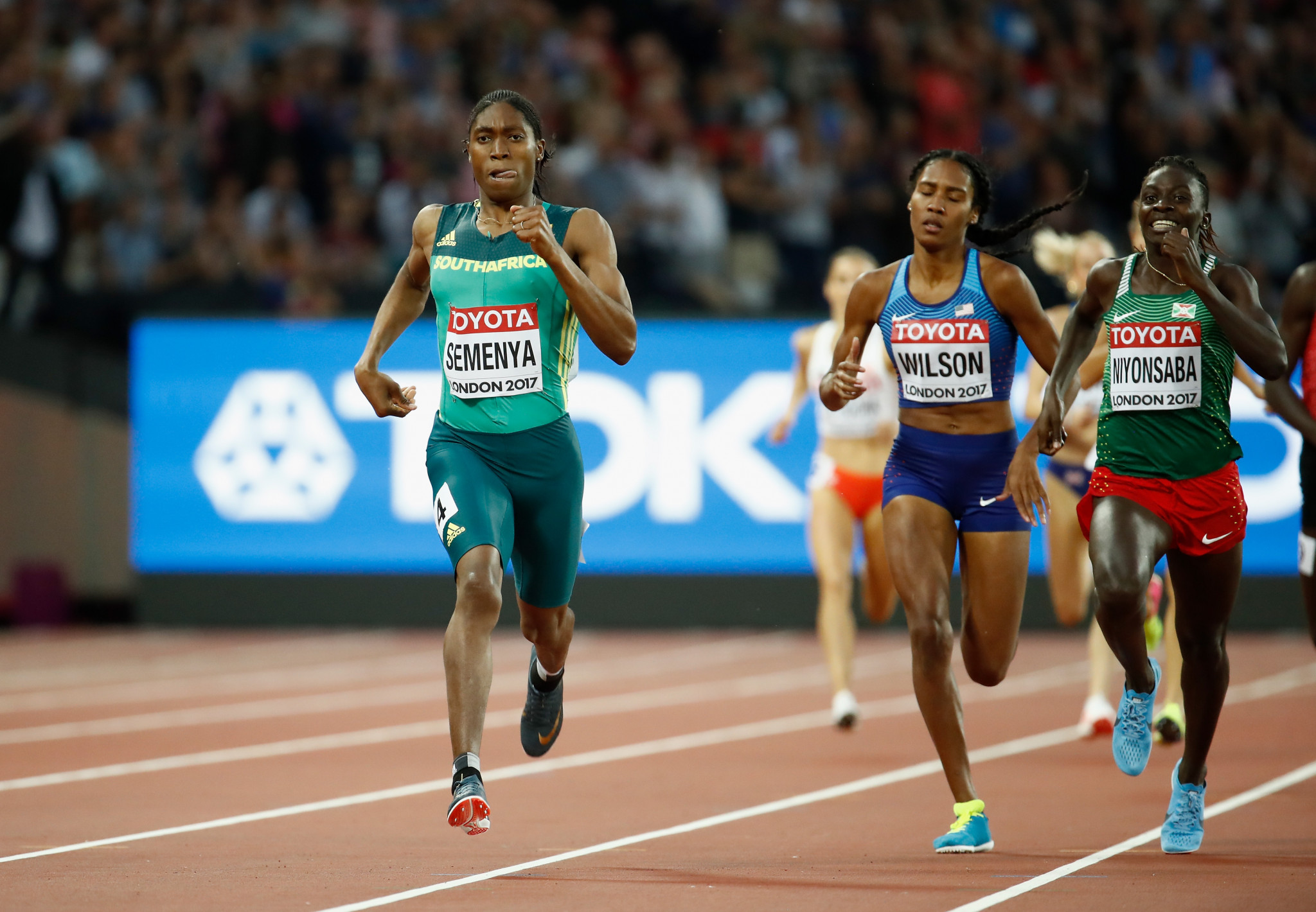 The new rule - due to come into force on November 1 - has caused significant controversy as it could see Caster Semenya, the double Olympic and triple World champion over 800 metres, banned unless she agrees to take corrective medication.

The letter has been addressed to IAAF President Sebastian Coe and will be a big boost for Semenya, who is currently challenging the world governing body at the Court of Arbitration for Sport, as it calls the ruling "discriminatory, irrational [and] unjustifiable".

It states that athletes competing in events between the 400m and the mile, who have testosterone levels of five nmol/L or above and who are androgen-sensitive, must either restrict their levels to five nmol/L through medication, or look to compete against men.

The IAAF insist the ruling is not directed at Semenya specifically, but she is the only high profile athlete it is set to affect.

To justify their stance, they have previously claimed that female athletes with high testosterone levels have an "enormous advantage" that is comparable to adults competing against children.

Criticism has continued to flood in regardless.

Elsewhere in their letter, the UN officials warn that by threatening to ban female athletes with Semenya’s condition, the IAAF "puts these women at risk of repercussions far beyond the inability to compete".

"The regulations reinforce negative stereotypes and stigma that women in the targeted category are not women – and that they either need to be 'fixed' through medically unnecessary treatment with negative health impacts," the experts write.

"Women who do not conform to culturally constructed notions of womanhood are particularly at risk of discrimination, violence, and criminalisation."

In it she asks if it "would be easier if I wasn’t so fast?"

Others who have publicly defended the 27-year-old include the United States-based group Human Rights Watch, the Women’s Sports Foundation and dozens of both current and former professional athletes, including former tennis player Billie Jean King and Women’s National Basketball Association All-Star Layshia Clarendon.

You can read the full letter here.