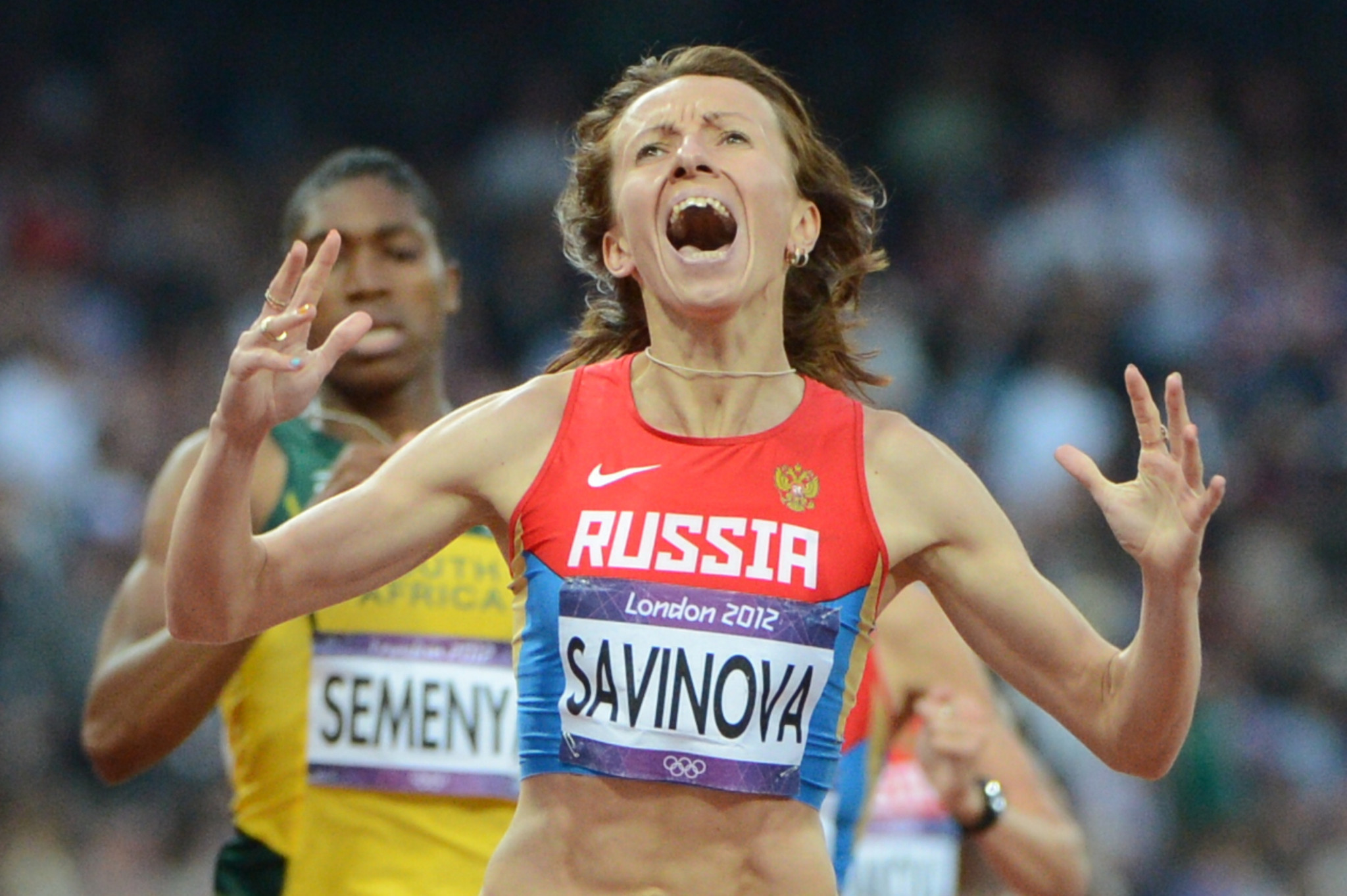 The Court of Arbitration for Sport (CAS) last year ruled that Farnisova - then using her maiden surname Savinova - be stripped of her gold medals from the London 2012 Olympic Games and 2011 World Championships after she was found guilty of using performance-enhancing drugs.

Farnisova appealed the decision that disqualified all her competitive results from July 26 in 2010 to August 26 in 2013 and included a four-year ban from the sport.

A statement by the Athletics Integrity Unit has confirmed that CAS has dismissed the appeal and upheld the disqualifications.

She will be banned for four years from August 24 in 2015 and will also lose her European title from 2010.

Today @AIU_Athletics releases a decision by CAS in the appeal brought by #Russian middle-distance runner Maria Farnisova. The appeal was dismissed resulting in a 4 year suspension from 24 Aug ’15 & DQ results from 26 July ’10 - 26 Aug ’13. Find out more https://t.co/pRjpVWAe6p

South Africa's Semenya was the runner-up at both the 2011 World Championships and London 2012 and is in line to be upgraded.

She should become the first woman to win two Olympic 800m titles.

Yvonne Hak of The Netherlands should receive the 2010 European title.

"The athlete has distorted multiple high-level competitions, damaged numerous other athletes and has breached the applicable rules on many occasions using multiple different substances and did so in full knowledge of the circumstances," CAS said in its initial ruling regarding Farnisova.

"The overall integrity of athletics has suffered heavily from the athlete's behaviour.

Farnisova was not caught in Olympic re-testing.

In December 2014, she was filmed talking about using steroids to whistle blower Yuliya Stepanova in the German television documentary that exposed Russian doping and led to them being suspended by the International Association of Athletics Federations.

Farnisova's blood samples in her athlete biological passport were re-analysed and she was stripped of results for three years.

Another Russian, Ekaterina Poistogova, finished third in the London 2012 Olympic 800m final behind Farnisova and Semenya.

She was also banned for two years for doping from August 2015, when she was initially suspended, and lost all results from October 21 in 2014.

Her 2012 results were not affected, however, meaning she keeps her Olympic medal.

Kenya's Pamela Jelimo finished fourth in the race and could yet rise to third.