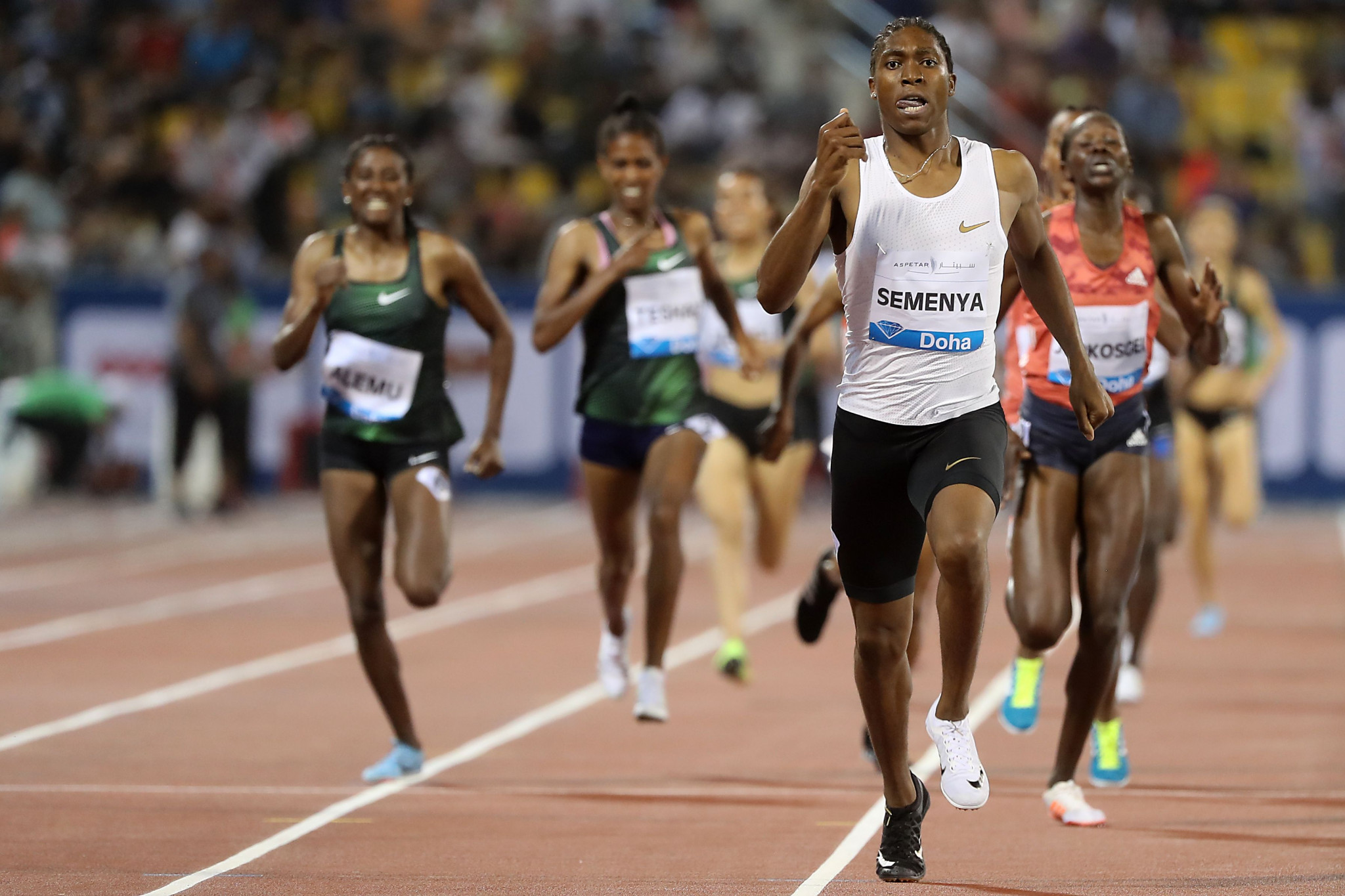 The United States based Human Rights Watch (HRW) have become the latest group to publicly condemn the International Association of Athletics Federations (IAAF) over their new female classification rule, which could see the double Olympic champion over 800 metres Caster Semenya banned from competing.

The new ruling, due to come into force on November 1, dictates that female athletes wishing to compete in track events between 400m and one mile in length, who have testosterone levels of five nmol/L or above and who are androgen-sensitive, must either restrict their levels to five nmol/L through medication, or look to compete against men.

In response to the ruling, HRW have today published an open letter, in which they say it equates to discrimination against women with "differences of sex development".

"The regulations deny these women the right to participate in the female category for running events between 400 meters and the mile unless they submit to invasive testing and medically unnecessary treatment," they said.

They also claim in their letter that there is "no clear scientific consensus" that women with higher testosterone levels than normal have a performance advantage.

"There is insufficient clinical evidence to establish that those women have a 'substantial performance advantage' warranting exclusion," said the United Nations' special rapporteur on the right to health, Dainius Pūras.

However, the IAAF say scientific research they themselves have conducted finds that female athletes with such a condition have between a five and six per cent advantage over other athletes with normal testosterone levels.

They say such an advantage is "enormous".

More than 60 athletes from across the world of elite women's sport signed their letter, which also said the new rule, "exacerbates discrimination against women in sport who are perceived as not prescribing to normative ideas about femininity".

Semenya herself, who the rule is set to effect, has launched a legal challenge against it at the Court of Arbitration for Sport in Lausanne in Switzerland.

"It is not fair that I am told I must change," the South African said.