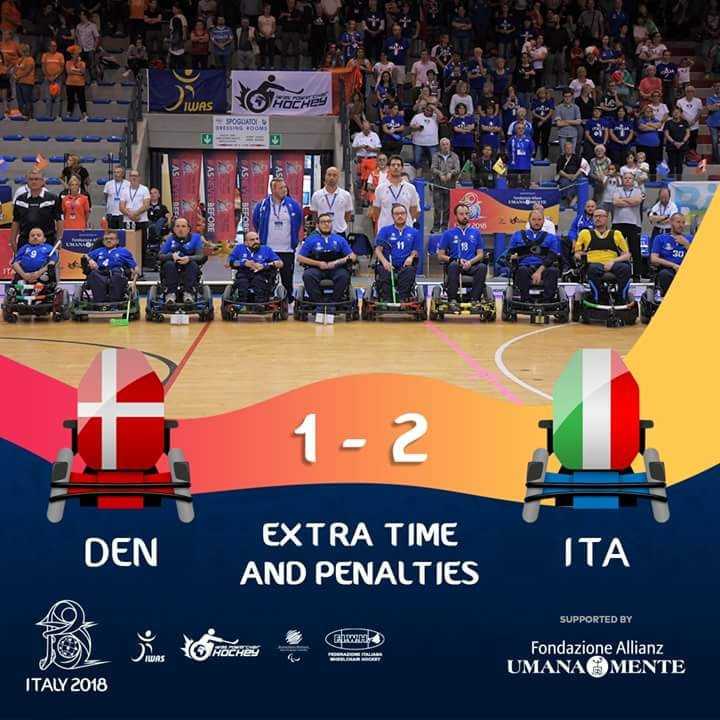 The Italians had made it into the gold medal match despite only finishing third in their group earlier in the tournament, and in the final they came up against Denmark who had stunned the defending champions The Netherlands in the last four.

Using the home crowd to their advantage at the Bella Italia Efa Village Sport Hall in Lignano Sabbiadoro, Italy took the lead in the first half and went into the break 1-0 up.

Throughout the match goal scoring opportunities were few and far between, and with three minutes left and the score still 1-0, it looked like the hosts would take the win in regulation time.

However, the Danes were awarded a penalty with little over a minute to go, which was promptly scored to bring the match level.

No further breakthrough could be found for either side before full time and 10 minutes of overtime also yielded no goals.

A shoot-out was therefore required, with Denmark missing their second penalty, meaning Italy took the win.