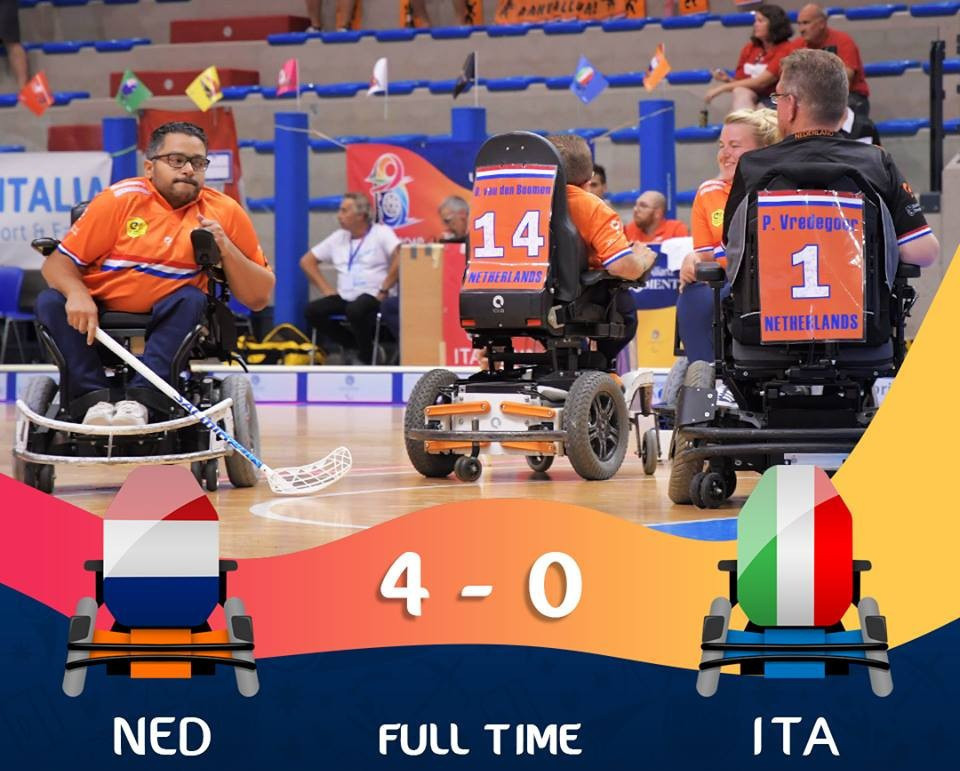 The Italian team had secured two wins in their opening group stage matches at the tournament in Lignano Sabbiadoro.

There was disappointment against The Netherlands at the Bella Italia Efa Village Sport Hall, as the Dutch team earned a 4-0 victory.

The result saw Italy finish second in the group, with The Netherlands qualifying for the semi-finals as group winners.

Elsewhere in Group A, Switzerland ended in third place with a comfortable 25-0 win over Canada.

Germany faced the prospect of two matches in Group B today.

They began with a 10-1 success against Belgium, with the result assuring them of at least a second place spot.

The German team topped the group when they beat winless Australia 11-1.

Australia had hoped to bounce back from a 17-1 loss to Denmark in their first match of the day.

The result ensured Denmark will progress to the semi-finals in second place.