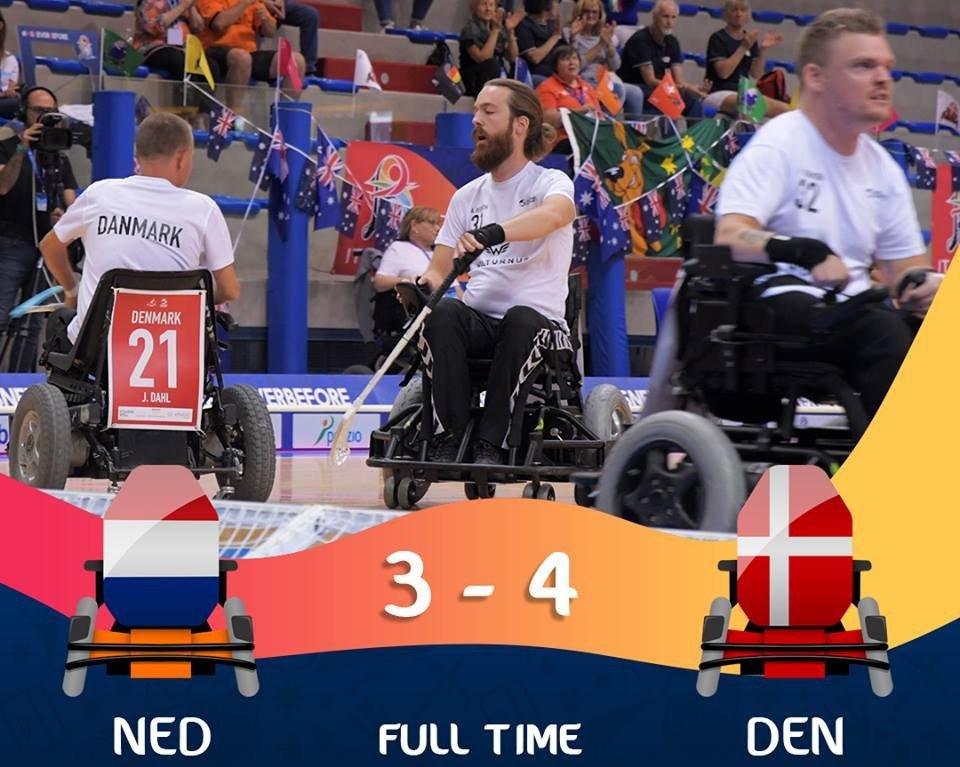 The Danish team had finished as runners-up in their group and headed into the semi-finals as underdogs against the Dutch, who had won Group A.

A surprise result appeared likely when Denmark took a 2-0 lead at the Bella Italia Efa Village Sport Hall in the opening half.

The defending champions would outscore the Danes in the second half, but ultimately came up short as their rivals celebrated a 4-3 success.

Denmark will meet hosts Italy in the gold medal match, after they edged Germany.

The match would end level at 1-1, leading to both teams playing an extra time period.

Penalties were eventually required, with Italy emerging as 5-4 winners.

Classification matches also began, featuring the four teams to have missed out on the semi-finals.

Switzerland won a play-off match against Australia 22-0 to advance to the fifth place tie.

They will meet Belgium, who recorded a straightforward 13-1 win over Canada.