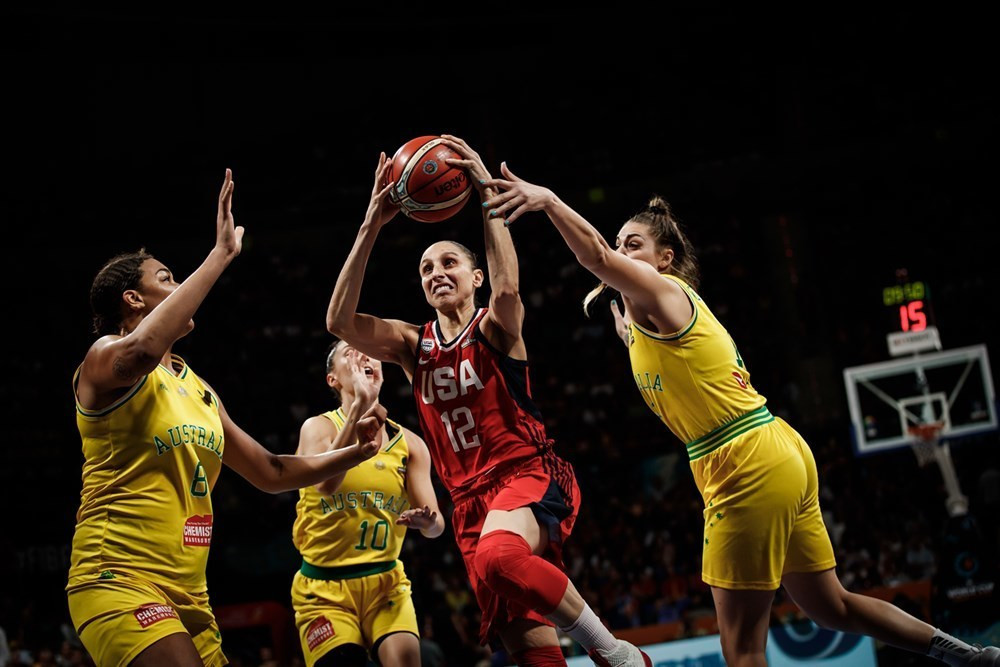 The United States earned a 10th title at the International Basketball Federation (FIBA) Women's World Cup - and a guaranteed place at the Tokyo 2020 Olympics - with a 73-56 victory over Australia in Tenerife.

The powerful US squad, which secured a third straight title win, has thus repeated a triumph first achieved by the national team at the inaugural Women's World Cup in Chile in 1953.

The Soviet Union won six out of seven Cups between 1959 and 1983, but thereafter the US have dominated, winning seven of the subsequent nine titles.

WORLD CHAMPIONS! @USABasketball did it again! Congratulations 🇺🇸👏 on winning the #FIBAWWC 2018!

Australia were the most recent team to buck that trend, having defeated Russia in the 2006 final, and they strove mightily to match that result.

But Liz Cambage, who scored 33 of their baskets in their 72-66 semi-final win over hosts Spain, found the going much tougher against the US and the rugged defence of Brittney Griner.

Cambage only managed seven points on the night at the Tenerife Sports Pavilion Santiago Martin, with Alanna Smith top scoring for Australia with 10 baskets.

The US top scorer, on 15, was Griner, with their highly experienced Diana Taurasi contributing 13 points and Breanna Stewart 10.

To their credit, the Australians won the last quarter 18-12, but the deficit was too big to alter.

Earlier in the evening Spain, who had lost a switchback semi-final to Australia the previous evening, won an equally dramatic bronze medal match against Belgium.

The Belgians, making a huge impact in what is their first appearance in this event, rallied to win the final quarter 17-12, but that was not enough to erase the lead built up in the second and third quarters, after the first had finished 15-15, by a Spanish team who ran out winners by 67-60.

Emma Meesseman was once again outstanding for Belgium, scoring 24 of their points.

Spain'’s scoring was spread more evenly around their team, with Laura Nicholls topping their list on eight.