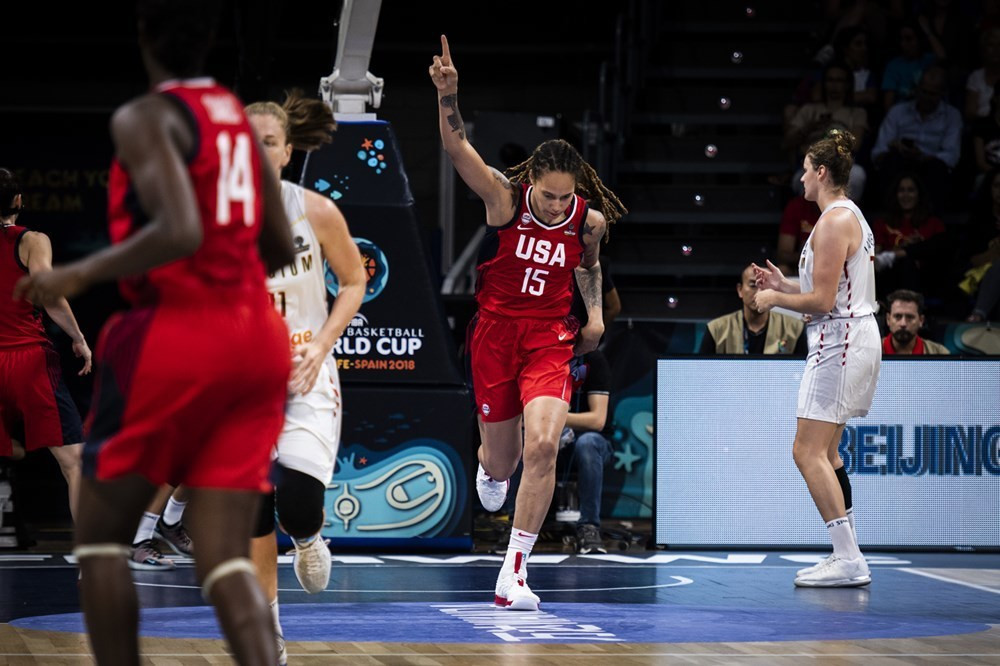 The United States are now one match away from earning a 10th title at the International Basketball Federation (FIBA) Women’s World Cup following their 93-77 semi-final victory over Belgium in Tenerife.

The team standing in their way are Australia, who came through a dramatic and hard-fought second semi-final against the hosts in this Spanish resort before prevailing 72-66 at the San Cristobal de la Laguna venue.

The Australian players rose to the challenge, however, as they began outscoring their opposition, and with three minutes remaining, the score stood at 64-64 before Australia edged ahead to 66-64, then extended their lead to 69-64.

With just over 30 seconds remaining it was 71-66 to Australia, and in the dying seconds the winners - inspired by the towering talent of Liz Cambage, who top-scored with 33 points - added one more basket.

The US players were made to work hard by a side that has made a huge impact in its first ever World Cup appearance.

"They are hard to guard," said the hugely experienced US player Diana Taurasi, who was the top scorer for her side on the night with 26 points.

"You can tell that they played together for a long time, you make a mistake, they make you pay for it.

There has already been historic achievement from the favourites as Brittney Griner’s opening score for them in this match was the 10,000th basket for US teams in the Women's World Cup.