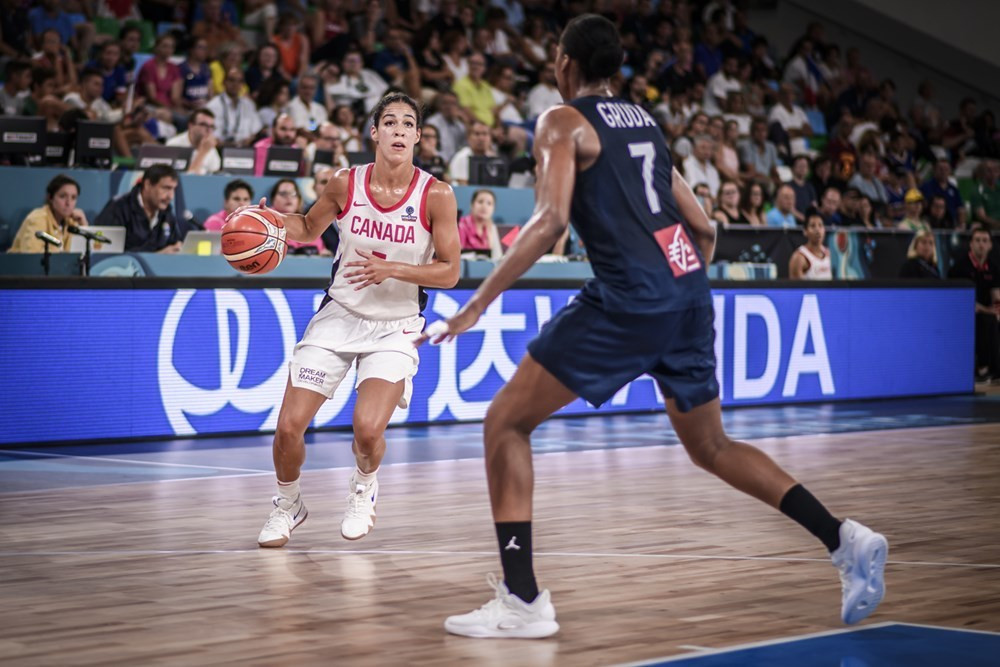 Canada advanced to the quarter-finals of the International Basketball Federation Women's World Cup as group winners after a 71-60 victory over France in a battle of the unbeaten teams in Tenerife.

France, who like Canada had earlier beaten Greece and South Korea in their Group A games, will face tomorrow the third-placed team in Group B at the Santa Cruz de Tenerife.

Turkey, who were beaten 90-64 today by Australia, also advance to the quarter-finals with a 3-0 record.

A 58-48 defeat by Greece meant that South Korea finished bottom of Group A and were eliminated, while the same fate befell Argentina in group B following their 75-70 defeat by Nigeria.

A 72-63 win over Spain saw Belgium - competing in their first World Cup - through to the quarter-finals as winners of group C, with Puerto Rico going out after finishing last thanks to a 69-61 defeat by Japan.

Defending champions United States, already sure of a quarter-final place, completed their 3-0 group D record with a 102-76 win over Latvia, who were eliminated after finishing with three defeats.

China secured second place behind the US with a 75-66 win over Senegal.