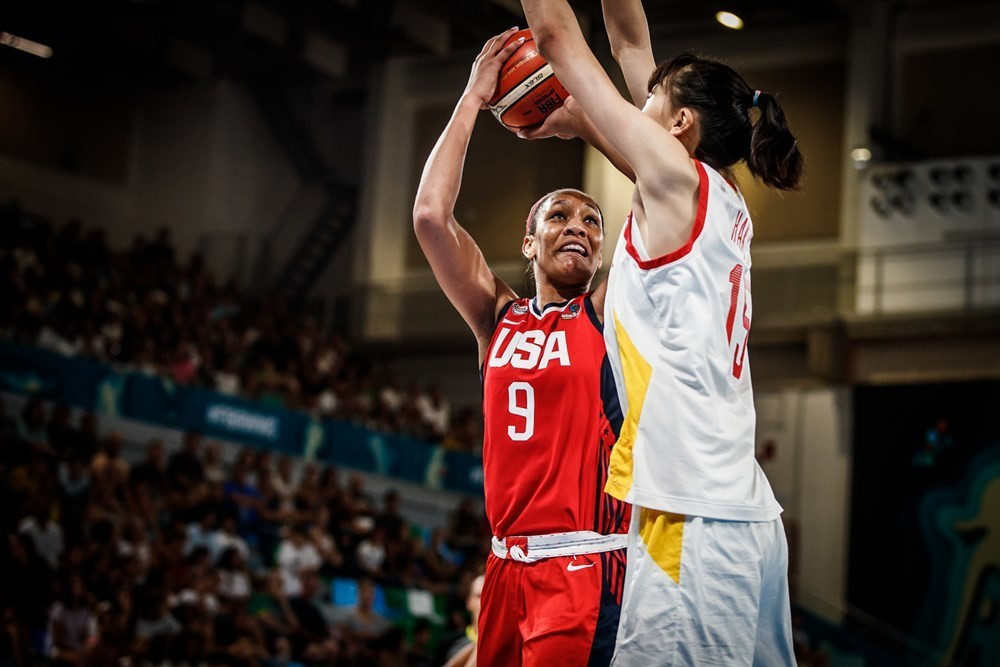 The Olympic champions saw off the challenge of Senegal yesterday and were expecting a repeat against China.

A strong first half saw the Americans build a nine point lead at Santa Cruz de Tenerife, which they preserved in the third quarter.

China were unable to mount an unlikely comeback, with the US edging further clear to win the Group D match 100-88 to take their place in the quarter-finals.

Senegal will hope to join the Americans, with the African nation significantly boosting the prospects today.

They achieved a maiden World Cup victory over European opposition, as they snatched a 70-69 win over Latvia.

China and Senegal will meet in the final group game to decide who joins the US in the next round.

Canada and France have already secured their passage to the latter stages, having recorded back-to-back Group A wins.

The Canadian team were 82-63 winners over South Korea today, while France beat Greece in a close match 75-71.

Both sides will meet in the final group match with top spot and their unbeaten records on the line.

Japan edged Belgium 77-75 in Group C, leaving both teams with a win and a defeat from their opening matches.

Australia look set to feature in the quarter-finals following a second straight win, as they overcame Argentina 84-43 in Group B.

Their place would have been confirmed had Turkey beaten Nigeria.