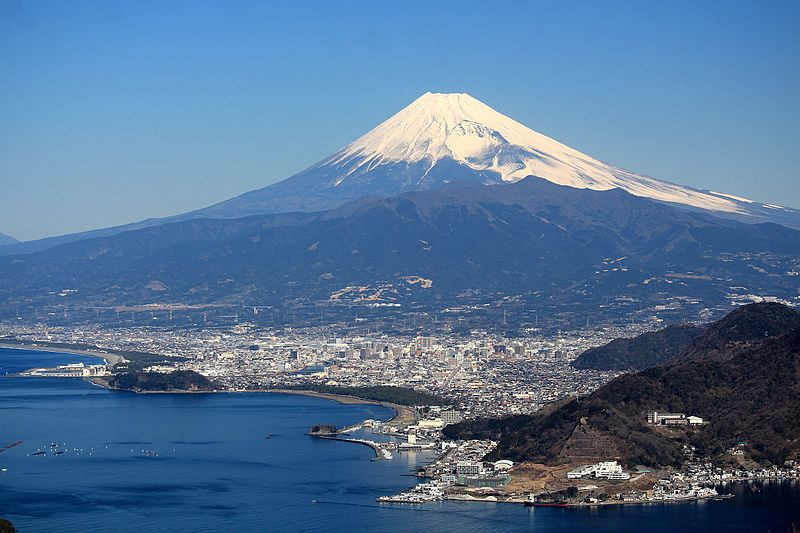 The Japanese Government has launched a consultation process in case Mount Fuji erupts.

The active volcano located on Japan's biggest and most populous island Honshū, is the highest mountain in country's at 3,776.24 metres and is located about 100 kilometers southwest of Tokyo.

It has not erupted since 1707 but there have been fears that the shock of the Great East Japan Earthquake in 2011 may induce volcanic unrest.

Japan's Central Disaster Management Council will assess the speed and scope in which volcanic ash will fall, and its influence on transportation infrastructure and electricity and water supplies, in the case of an eruption.

The 14-member working group, led by Toshitsugu Fujii, a professor emeritus at the University of Tokyo, plan to draw up a proposal within a year that will likely be adopted in local municipalities’ disaster management plans.

The process is not directly linked to the 2020 Olympic and Paralympic Games in Tokyo.

It nevertheless comes following a warning last week by John Coates, the chair of the International Olympic Committee Coordination Commission for Tokyo 2020, that planning for the Games in the Japanese capital faces unprecedented challenges because of the high disaster risks in the country.

Earlier this month, Western Japan was hit by the strongest typhoon to strike the nation in 25 years, and then just days later by an 6.7 magnitude earthquake that paralysed the northernmost main island of Hokkaido and left roughly 40 dead.

It is claimed the incident prompted Sapporo to withdraw its bid for the 2026 Winter Olympics and Paralympics.

Japan also suffered through a summer of record-breaking heat and deadly, torrential rains in July that unleashed landslides and flooding.

"So what happened last week...certainly have hit home to me, and I know the Organising Committee, about the further complexity of planning these Games," Coates said at the end of a Tokyo 2020 project review.

According to historical records, Mount Fuji’s 1707 eruption lasted for 16 days, piling four centimetres of volcanic ash near what is now central Tokyo.

There have been no signs of volcanic activity at Mount Fuji since the 1960s.

In September 2012, however, mathematical models created by the National Research Institute for Earth Science and Disaster Prevention suggested that the pressure in Mount Fuji's magma chamber could be 1.6 megapascals higher than it was before its last eruption more than 300 years ago.