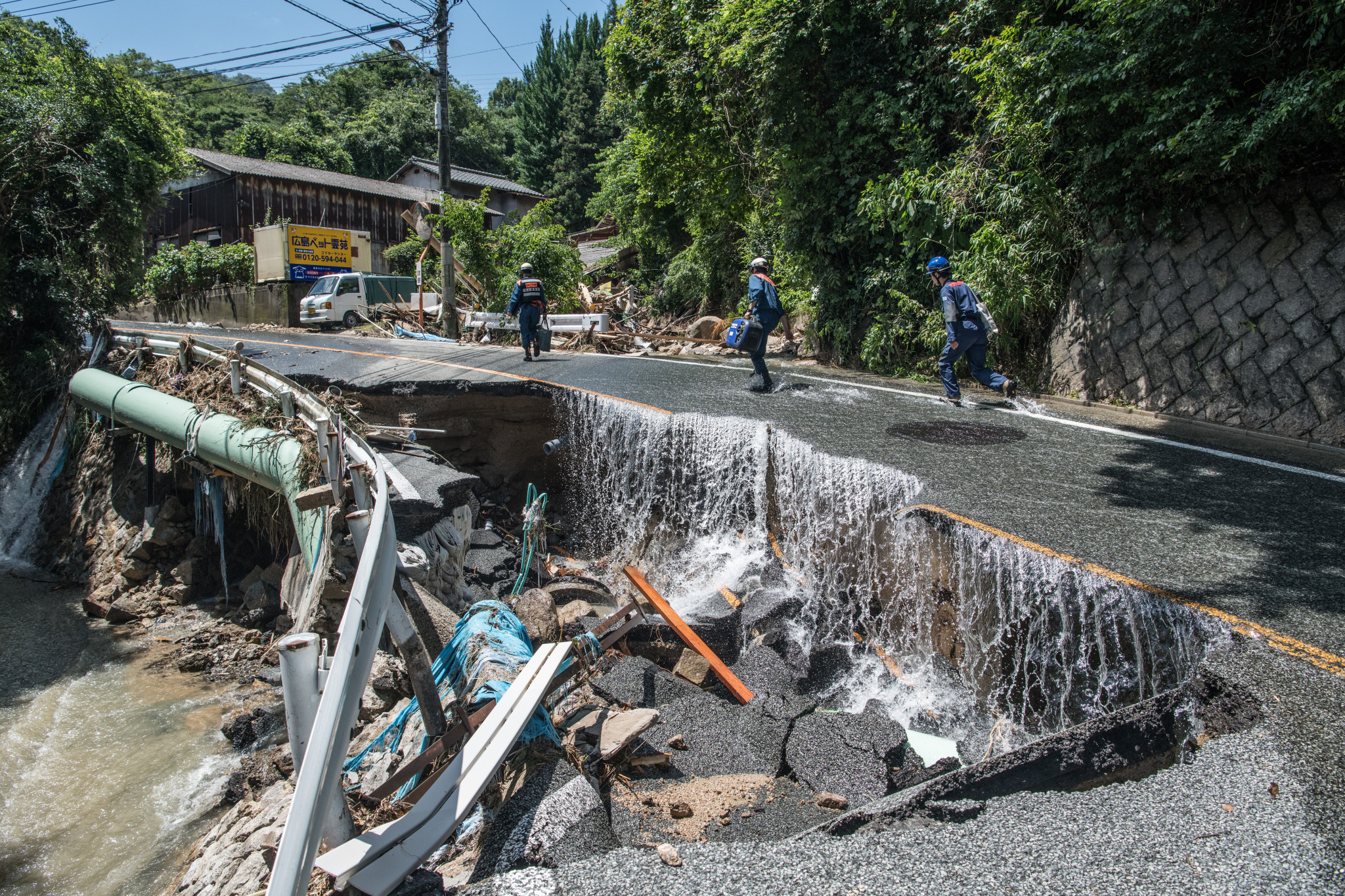 Officials attending the International Olympic Committee (IOC) Coordination Commission inspection of Tokyo 2020 here have sent their condolences to the people affected by the recent mass flooding in western Japan.

At least 155 people have died as a result of the floods, with Hiroshima and Okayama prefectures the hardest-hit areas.

More than 50 others are still missing following the torrential downpours which triggered mudslides, flooding of homes and damage to vital infrastructure.

The death count is thought to be the highest caused by a rain-related national disaster in Japan since 1982.

Rescue and search efforts are continuing across the region in a bid to locate possible survivors.

Japanese Prime Minister Shinzō Abe has cancelled a planned overseas visit - where he was due to travel to Belgium, France, Saudi Arabia and Egypt - because of the situation.

IOC Coordination Commission chairman John Coates, Tokyo Governor Yuriko Koike and Tokyo 2020 President Yoshirō Mori were among those to pay their respects in a solemn opening to the inspection group's sixth visit to the Japanese capital.

Tributes were also paid to Polish IOC member Irena Szewińska, the country's most decorated Olympian and a member of the Coordination Commission for Tokyo 2020, after she died at the age of 72.

A member of the Tokyo 2020 security team has also passed away since the last IOC Coordination Commission meeting in December.

A moment's silence was held before the opening marks were delivered.

"I want to offer our condolences to the people of Japan for your terrible losses in this recent flood, we just can’t comprehend this," said Coates.

"You wake up in the morning and see the photos of the devastation and are thoughts are very much with you."