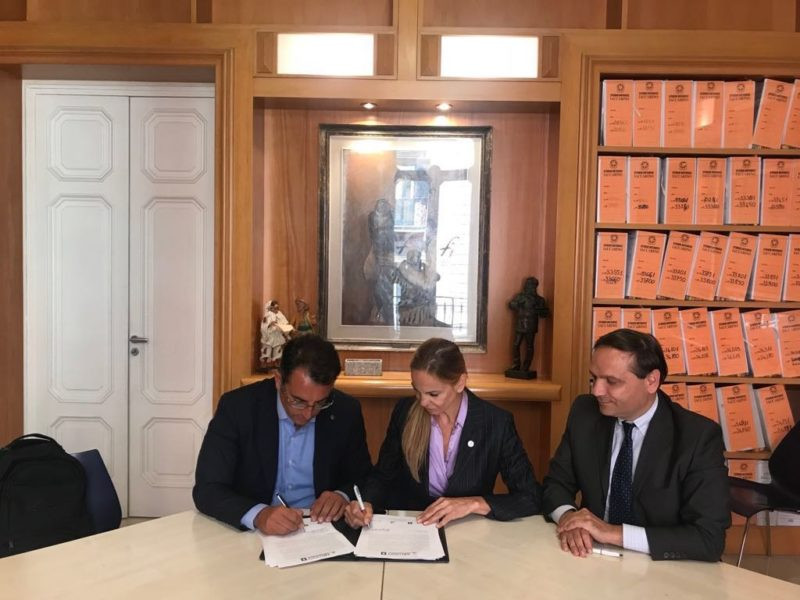 A contract confirming the Naples 2019 Summer Universiade Athletes' Village has been signed by local organisers and MSC - a company which the National Anti-Corruption Authority (ANAC) had previously warned them not to partner with.

Last month, it was agreed that the Athletes' Village - a source of concern in the Italian city's preparations for next year's event - would comprise a combination of cruise ships, temporary housing and existing accommodation.

The cruise ships will be anchored in the port of Naples with one put next to the other.

A tender process is set to be launched to determine who will be in charge of the second cruise ship once it has been verified by the ANAC.

Initial plans were to house athletes across four cruise ships.

However, Naples 2019 extraordinary commissioner Luisa Latella then revealed earlier this year that the Italian National Anti-Corruption Authority had informed them not to not enter relations with MSC - the company it had contacted to host the athletes on ships.

The International University Sports Federation (FISU) favoured alternative for the Village was for the Mostra d'Oltremare site in the west of the city.

The Athletes' Village has been the main issue for Naples 2019.

The agreement appears to end fears that a replacement host may need to have been sought if a solution to the Village issue was not found.

FISU gave a vote of confidence to organisers after an inspection visit to Naples in May.