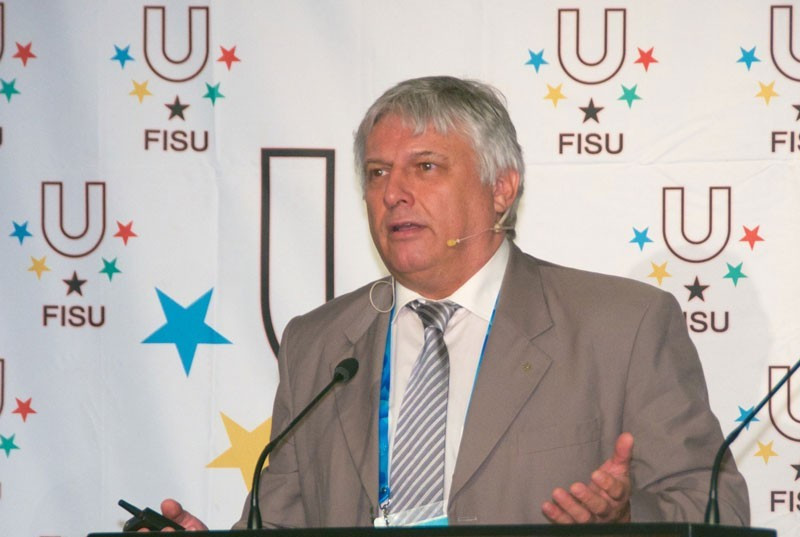 A meeting took place yesterday to decide on the key issue, with less than a year to go to the Summer Unviersiade.

FISU President Oleg Matytsin attended the meeting with Saintrond, which saw them meet with a host of local and national figures in Italy including Giancarlo Giorgetti, the undersecretary responsible for sport who is a close ally of Italian Prime Minister Giuseppe Conte.

Initial plans were to house athletes across four cruiseships.

However, Naples 2019 extraordinary commissioner Luisa Latella then revealed earlier this year that the Italian National Anti-Corruption Authority had informed them not to not enter relations with MSC - the company it had contacted to host the athletes on ships.

FISU's favoured alternative was for the Mostra d'Oltremare site in the west of the city.

An Italian proposal to use a combination of cruiseships, hotels and mobile homes - some of which are yet to be determined - was also suggested as a possibility.

Saintrond confirmed this solution was agreed upon at the meeting.

"Today's meeting in Rome was very productive," he said.

"FISU would like to thank all the parties for their positive approach to delivering the Napoli 2019 Summer Universiade.

"The provision of the Athletes' village was the key point on which we reached agreement today.

"The agreed solution will combine cruise ships, temporary housing and existing accommodation in a way that shows flexibility and innovation.

"Thanks to this important step towards a successful Napoli 2019, student athletes all around the world can continue training in confidence that high-quality competitions for the full range of planned sports will be in place on time.

"There is still much to be done to prepare, but FISU is sure Napoli 2019 will be an event that is worthy of the Universiade's 60th anniversary."

The agreement appears to end fears that a replacement host may need to have been sought, if a solution to the Village issue was not found.

FISU gave a vote of confidence to organisers after an inspection visit to Naples in May.