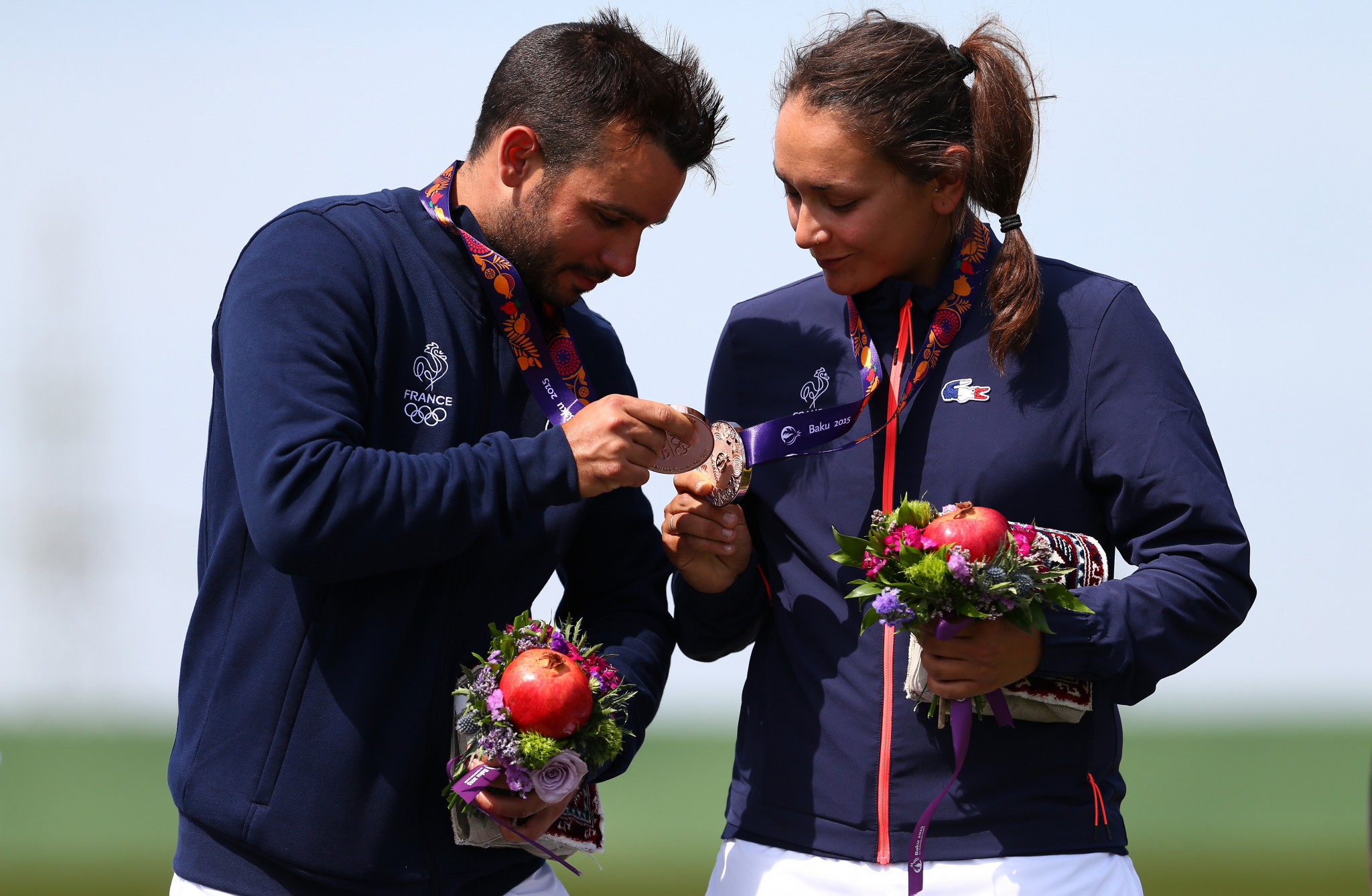 The French duo triumphed in the mixed team skeet final with a European record score of 55.

Sven Korte and Nadine Messerschmidt of Germany took a distant bronze on 44 points.

They finished on a haul of 52 points in the final.

Czech Republic battled hard before settling for silver on 49.