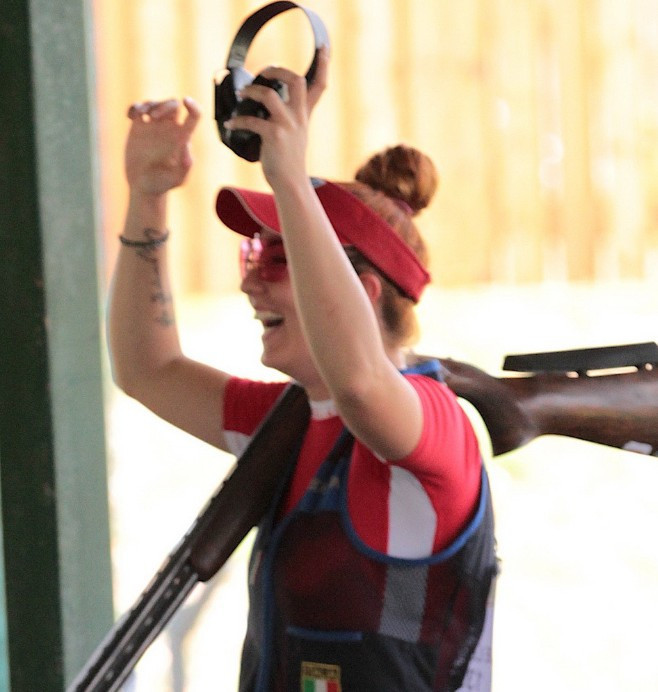 The country won gold medals in men's, women's and mixed team trap events over the weekend and showed no sign of letting up now the focus has now moved on to the double trap.

Antonino Barilla won the men's competition with a score of 146.

Russia's Artem Nekrasov was five clays behind in second place with 141.

Claudia de Luca, meanwhile, managed a world record score of 131 to seal the Italian double in the women's event.

She won by a mammoth 12 points over Zuzana Rehak Stefecekova of Czech Republic, who scored 119.

Both markswomen had originally tied on 114 points.

The men's double trap has been controversially removed from the Olympic programme for Tokyo 2020 to make way for mixed team events.