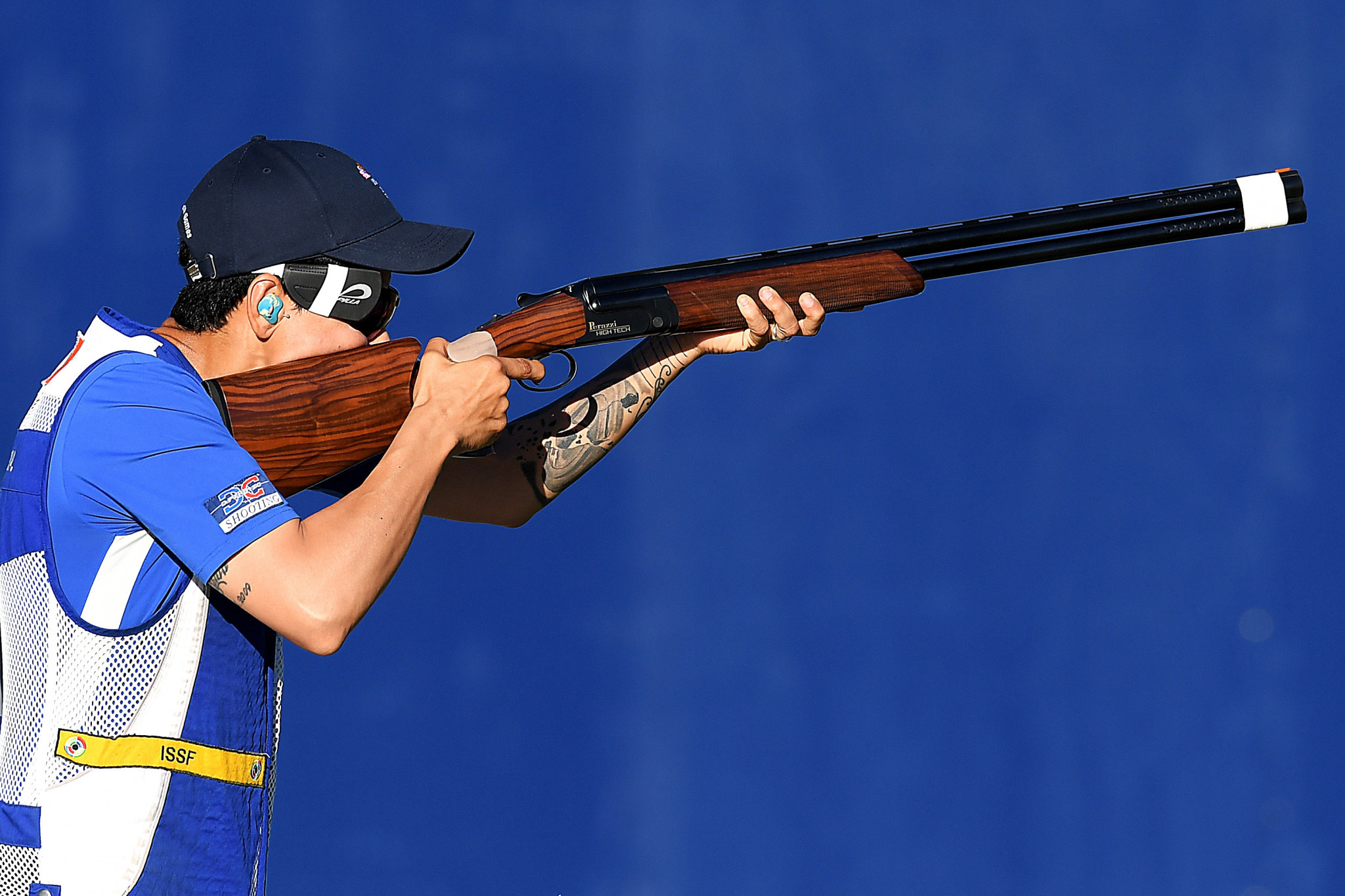 The reigning Commonwealth Games champion was the only entrant to shoot all 50 targets in a superb performance in hot condition.

Germany and Cyprus each shot 137 targets in the corresponding team competition.

Italy progressed one behind on 136 targets.

Five marksmen managed scores in 50 in the corresponding men's qualifier.

Russia led the team stakes with a score of 145 targets.

Germany and Norway each managed 144 targets.

The male and female skeet finals are scheduled for tomorrow.