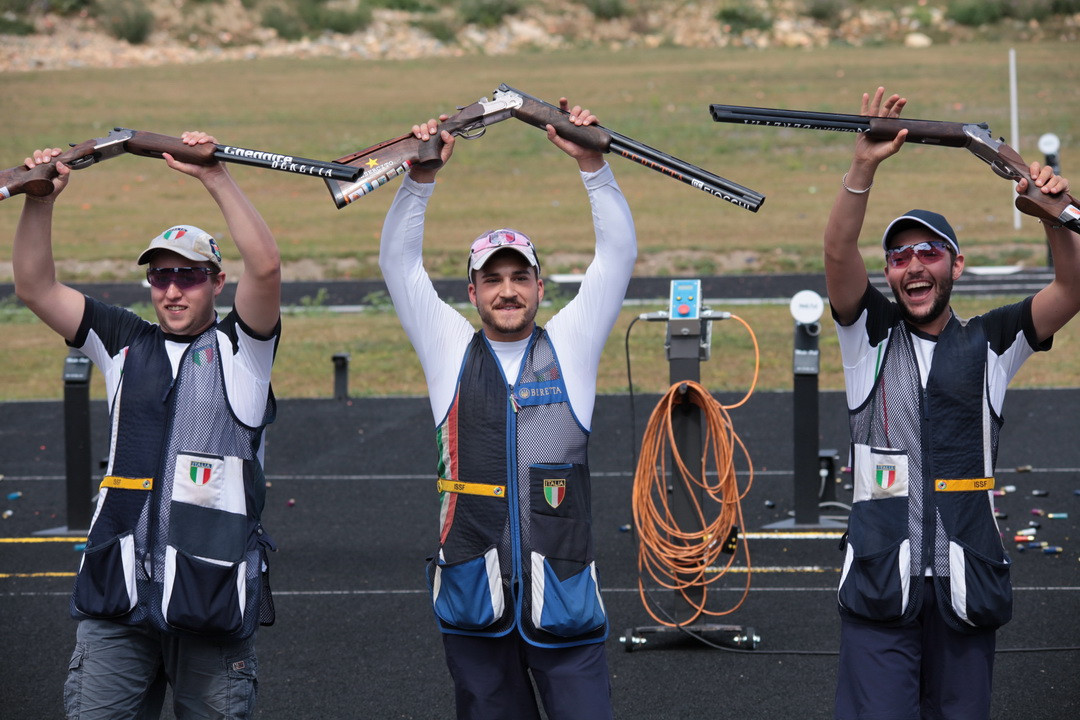 Italy and the Czech Republic have won the men’s and women's junior team skeet competitions respectively at the European Shotgun Championships in Austria.

The Italian team of Alessandro Calonaci, Matteo Chiti and Elia Sdruccioli made it through to the semi-finals automatically in the men's competition at the Shooting Park Leobersdorf, after their French opponents withdrew ill.

They then beat Russia in a tight last four match 51-50 to make the final where they faced the Czech Republic.

The gold medal was then sealed after another close encounter, which ended 52-50, while the bronze medal was won by Russia, who beat Cyprus 47-46.

In the women’s event only four teams were entered, so the competition began at the semi-final stage.

The first semi-final was won by Russia, who had qualified for the tournament with a new European record score of 327.

They beat Slovakia 43-42, while in the second semi-final the eventual winners the Czech Republic beat Germany 43-39.

Having qualified with a record score, the Russians of Zilia Batyrshina, Anna Zhadnova and Elena Bukhonova would have been expected to win.

On the day they were outclassed by Pavla Mrnova, Anna Sindelarova and Zuzana Zaoralova, however, who took the gold with a final score of 43-29.

The bronze medal match had to go to a shoot-out after the initial competition finished 37-37.