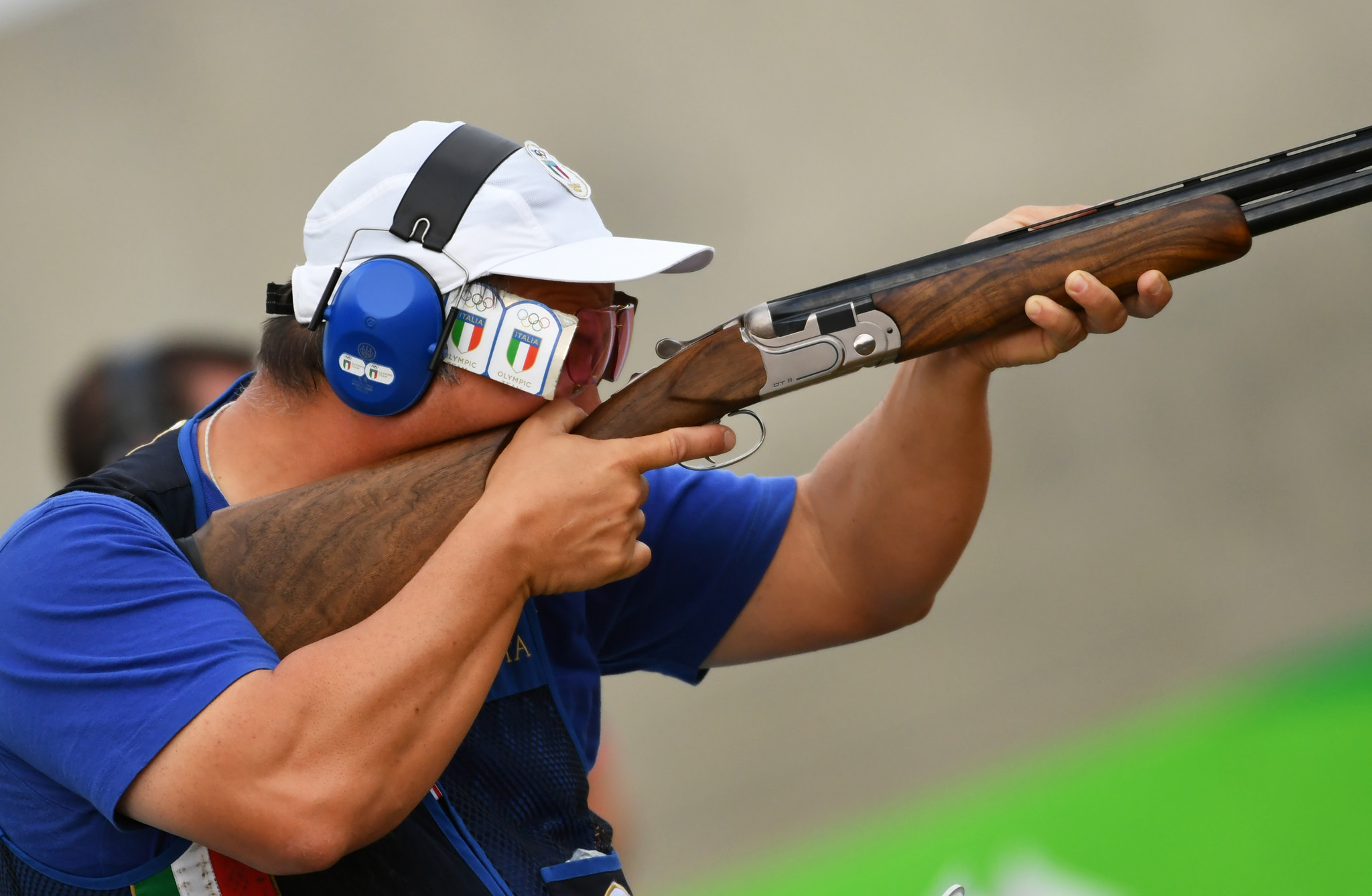 Giovanni Pelliello and Jessica Rossi set a world record breaking score on the way to mixed trap gold at the European Shotgun Championships at the Shooting Park Leobersdorf today.

The Italians, who dominated the men's and women's team trap events yesterday, continued their superb form with a record breaking score of 47 in Austria.

Both Pelliello and Rossi duly sealed gold medals for the second successive day.

Erik Varga and Zuzsana Rehak Stefecekova earned Slovakian silver with a score of 44.

Bronze went to Oguzhan Tuzun and Safiye Sariturk of Turkey with 29.

The mixed team trap event has been added to the Olympic programme for the first time at Tokyo 2020.

They scored 38 points to beat Italy, second with 36, and France, who finished third with 26.

Focus will turn to the double trap and skeet from tomorrow with a series of individual, team and mixed team events due to be held.