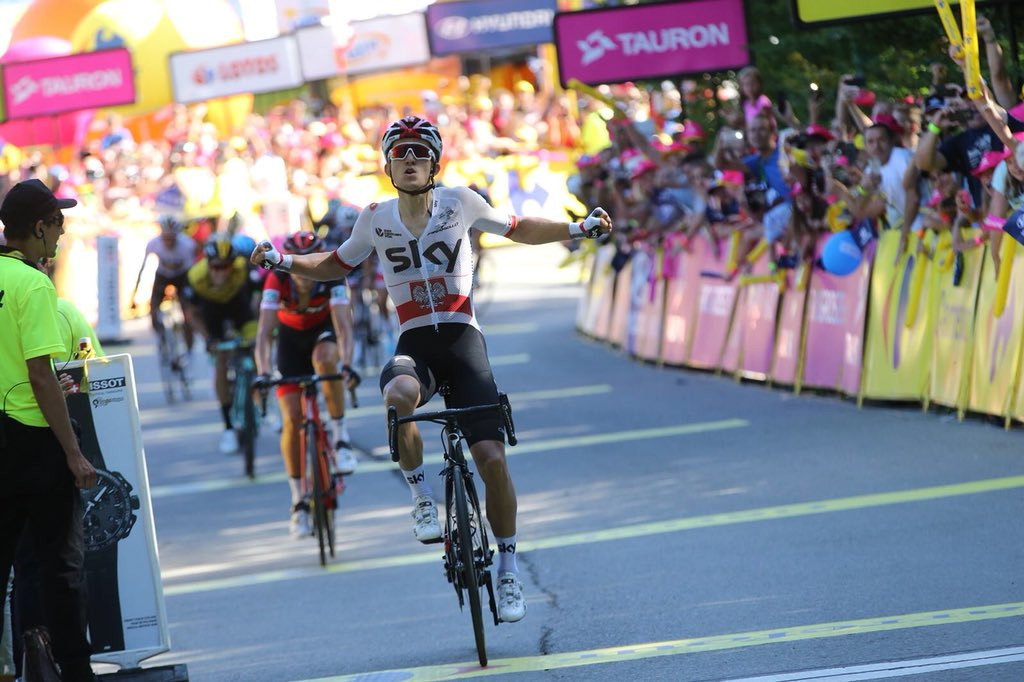 Michal Kwiatkowski powered to a home victory on an uphill finish on stage four of the Tour of Poland to take the overall lead in Szczyrk.

The Team Sky rider attacked at the end of a 179 kilometres stage from Jaworzno after a superb effort by his team-mates.

He then accelerated away from Belgium and BMC Racing's defending champion Dylan Teuns on the final corner.

Kwiatkowski held on to win in 4 hours 25min 44sec, three seconds clear of the chaser.

Teuns slowed down approaching the line but still crossed second, as LottoNL-Jumbo's New Zealander George Bennett was third in the same time.

Kwiatkowski picked up three seconds as a bonus for winning the stage and leads Teuns by eight seconds in the overall standings.

A proud trip to the podium for @kwiato 🙌 🇵🇱 🏆 #TDP2018 pic.twitter.com/snZYFioNrE

Bennett lies a further two seconds back in third.

Sergei Chernetski of Russia and Astana Pro Team lies 14 seconds off the lead in fourth.

Álvaro José Hodeg, the Colombian Quick-Step Floors rider who led at the beginning of the day, tumbled out of contention after finishing 17 minutes off the pace.

A 152km medium mountain stage from Wieliczka Salt Mine to Bielsko-Biała is scheduled for tomorrow.