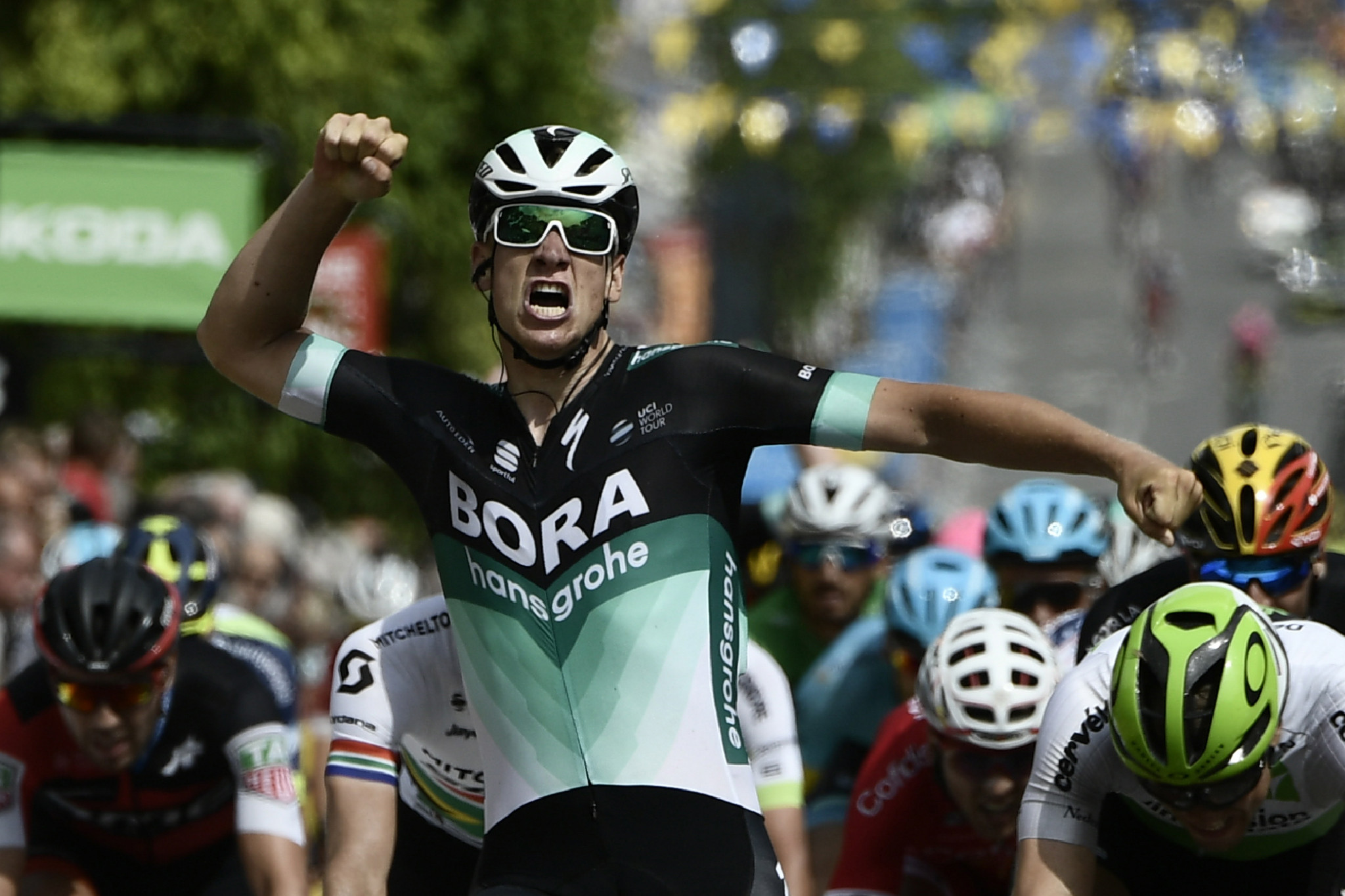 German champion Pascal Ackermann produced an outstanding weaving sprint to win for a second successive day at the Tour of Poland in Katowice.

The Bora Hansgrohe rider appeared out of contention at the end of the 156 kilometres flat stage from Tarnowskie Góry when boxed in approaching the final moments.

But he used his sublime power to weave in and out of traffic before blasting over the line in a time of 3 hours 16min 39sec.

All the leading riders were awarded the same time.

Ackermann also holds an eight seconds lead in the overall standings after time bonuses were taken into consideration.

Hodeg lies second and Belgium and Katusha-Alpecin's Jenthe Biermans lies third, a further three seconds back, due to success in mid-stage time bonuses.

Ackermann will target a hat-trick tomorrow when the peloton tackle another flat stage over 139km from Silesian Stadium, Chorzów to Zabrze.