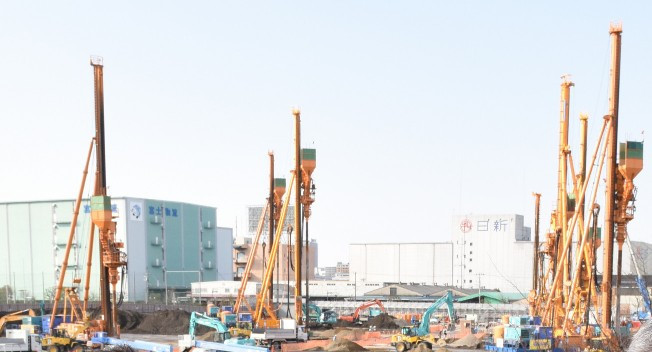 Tokyo 2020 have insisted that their Olympic test event schedule will go ahead as planned following reports that venue construction delays could lead to an altered programme.

Reuters reported that this could lead to test events being delayed but in a statement sent to insidethegames, Tokyo 2020 organisers have now denied that this will be the case.

"Despite the Tokyo Metropolitan Government's (TMG) announcement last month that construction of the Olympic Aquatics Centre and the Sea Forest Waterway will be delayed by two months, both the TMG and Tokyo 2020 can confirm that the construction schedule will have no impact on Games preparations or running test events.

"In regards to the Sea Forest Waterway, the estimated completion date is now set for May 2019 while the test event for rowing is currently scheduled in August 2019.

"We do not foresee any impact on the test event schedule.

"We have been also informed that construction of the Olympic Aquatics Centre is now due to be completed in February 2020.

"Tokyo 2020, the TMG and the sports federation are working towards organising the test events for aquatics in April or later, ensuring no impact to the preparations for the Games-time operations.

"Overall, Tokyo 2020 is right on track to deliver the Games in two years time.

"Our recent report to the International Olympic Committee (IOC) Executive Board was well received, and the IOC recognised that Tokyo's venue preparations are being carried out with an emphasis on project management and quality."

Organisers provided a progress update on venues last week with the two-years-to-go milestone falling on July 24.

The Olympic Stadium remains on track to be completed by November 2019, with the project currently claimed to be at 40 per cent ready.