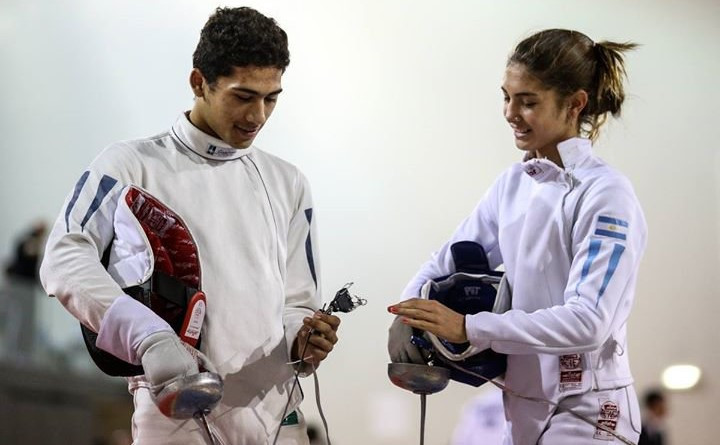 The two athletes were the best placed at the Under-19 World Championships in Portuguese city Caldas da Rainha in April.

At just 15 years of age, Armanazqui obtained a historic fifth-place finish and was only 10 points away from the bronze medal.

She came second in fencing, 15th in the combined event and 18th in swimming.

There were two Argentine men in the same competition with Serrano finishing two places ahead of Nereo Polanco in 19th.

Previously, Serrano was the only Argentine pentathlete who qualified for the 2017 Under-19 World Championships in Czech Republic's capital Prague.

In individual competition, both athletes claimed a bronze medal.

They also secured silver in the mixed relay.

Modern pentathlon at Buenos Aires 2018 will be comprised of fencing, laser run and swimming.

The programme also includes a mixed international team relay in addition to the individual contest.

The Youth Olympic Centre, with its distinct venues, will host the 48 pentathletes for competition from October 12 to 16.

Eight places per gender have yet to be determined - six due to ranking and two as universality places.

As the hosts, Argentina has its spots secured for the 32 sports on the programme at Buenos Aires 2018.

At the Nanjing 2014 Summer YOG, Ailen Cisneros was Argentina's only representative in modern pentathlon.