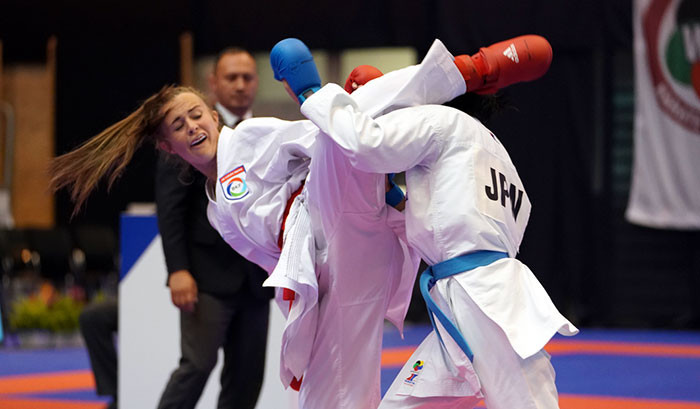 Japan ensured that they ended karate's qualification tournament for the Buenos Aires 2018 Summer Youth Olympic Games by advancing three athletes out of three in Umag in Croatia.

Keisei Sakiyama and Kotaro Nakamura won on the first day of competition yesterday at the Sport Venue Hall Maria and Lino.

Today, Sakura Sawashima won the women's over-59 kilograms event to take Japan's quota for Buenos Aires up to six athletes when taking into account the three positions they had already been awarded.

Each athlete at the event had to reach the final to gain a quota spot for their country at Buenos Aires 2018.

Iran and Morocco won two titles each on the last day of competition.

In the women's under-53 kilograms, Fatemeh Khonakdartarsi of Iran won gold with victory over Dildora Alikulova of Uzbekistan, with both bagging quota berths.

There was another gold for Iran in the men's under-61kg with Alireza Farajikouhikheili taking the title.

He beat Pedropablo De La Roca of Guatemala in the final as Kazakhstan's Olzhas Kulazhan and Alberto Jimenez Moreno of Spain won bronze.

Morocco clinched gold in the men's under-68kg as Yassine Sekouri beat Belgium's Quentin Mahauden to come out on top.

Bronzes were shared by Bojan Boskovic of Montenegro and Spain's Joan Just Clopes.

The second North African gold went to Nabil Ech-Chaabi in the men's over-68kg.

He saw off Iran's Navid Mohammadi in the final.

Bronzes went to Edward Carr of Britain and Raybak Abdesselem of France.