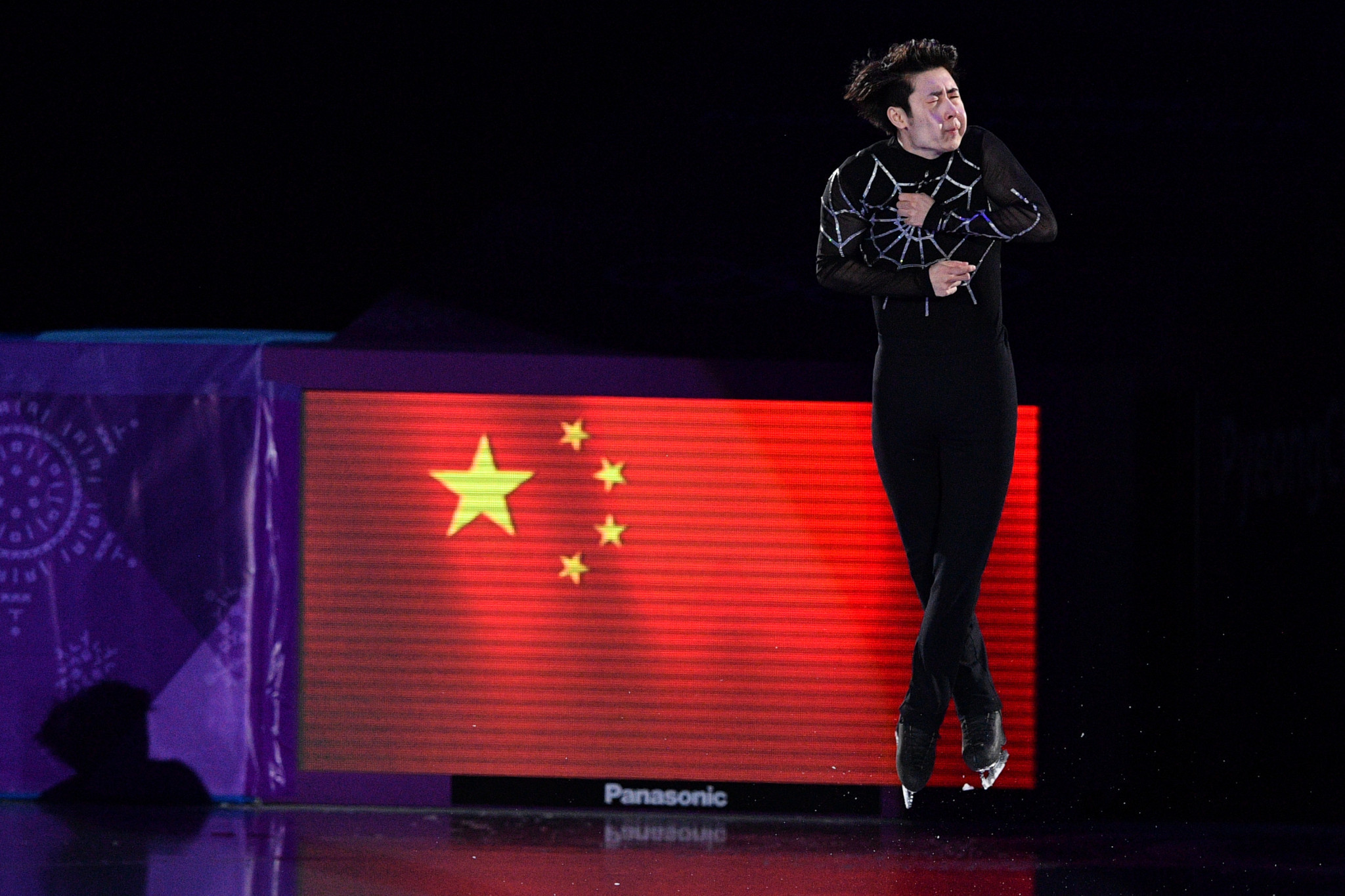 Two figure skating judges have been suspended by the International Skating Union (ISU) after being found guilty of bias during the 2018 Winter Olympic Games in Pyeongchang and one will miss out on officiating at Beijing 2022 as a result.

Following an investigation, Chen Weiguang and Huang Feng, who are both Chinese, were found to have given skaters from their own country "preferential marking".

Chen awarded both her highest grades of execution scores and second highest programme components scores in the men's competition, to Jin Boyang, who finished fourth in the singles event.

Both sets of scores were considerably different to those awarded by the other judges.

A probe in Huang Feng's behaviour was launched in March, while a second into Weiguang followed in April.

The ISU's report into Weiguang shows he awarded Jin 20 points in the grade of execution in the short programme, scoring six elements with a plus three, something which none of her fellow judges did.

It was also found that Weiguang gave Lin a score of 9.5 out of 10 for three seperate components in the short programme, while the other judges awarded an average of 8.5

In one case, while Weiguang awarded a score of 9.5 points, a fellow judge gave just 7.75.

The investigation into Huang Feng found a similar level of suspicious scoring.

He gave the second highest grade of execution scores to the Chinese pairs team of Sui Wenjing and Han Cong, who won the silver medal.

It was found he had awarded them a score of plus three in seven different elements, which none of the other judges did, while at the same time he gave Wenjing and Cong's rivals, the German couple of Aljona Savchenko and Bruno Massot, the lowest score of all the judges.

It has emerged Feng had already been warned about his conduct a month before Pyeongchang 2018 following suspicious scoring at the 2017 ISU Grand Prix Final in Nagoya, but was still allowed to participate as a judge.

In discussing Weiguang's case he ISU concluded: "There is evidence of preference for the Chinese skater and prejudice against his strongest competitors.

"Her [Weiguang's] marks were completely unrealistic."

The report into Huang also concluded that he "obviously favoured his pair also vis-a-vis the other top candidates for the Olympic gold medal".

As a result of the investigations Chen has been banned for two years and excluded from judging at the 2022 Winter Olympics in Beijing.

Huang, meanwhile, has been given a one year ban.

Both suspensions are subject to appeal to the Court of Arbitration for Sport.

The most famous judging controversy in skating came at the 2002 Winter Olympic Games in Salt Lake City.

When the scandal was exposed, Sale and Pelletier were awarded gold medals to share with the Russians, a rare case of a ranking being revised during an Olympics.

The scandal ushered in sweeping reforms in the scoring system.

New York City prosecutors later accused Alimzhan Tokhtakhounov, whom they described as a "major figure in Eurasian international organised crime", of arranging for the French judge to vote for Berezhnaya and Sikharulidze.

The French judge, Marie Reine Le Gougne, said she had been pressured to vote for the Russians, though she later withdrew the claim.

She and the head of the French Skating Federation, Didier Gailhaguet, were both banned from the sport for three years by the ISU.

In return for the Russian victory, according to the then US attorney in Manhattan, James Comey, Tokhtakhounov arranged for the Russian judge to vote for French skaters in the ice dancing competition.

The French couple, Marina Anissina and Gwendal Peizerat, went on to win the gold.

Tokhtakhounov has always denied the allegations, although an arrest warrant in the US remains open.

There was also controversy at Sochi 2014 when Russia's Adelina Sotnikova was awarded the gold medal ahead of South Korea's defending champion Kim Yuna, although most experts thought her programme was inferior.

To read the full verdict on Chen click here and on Huang here.