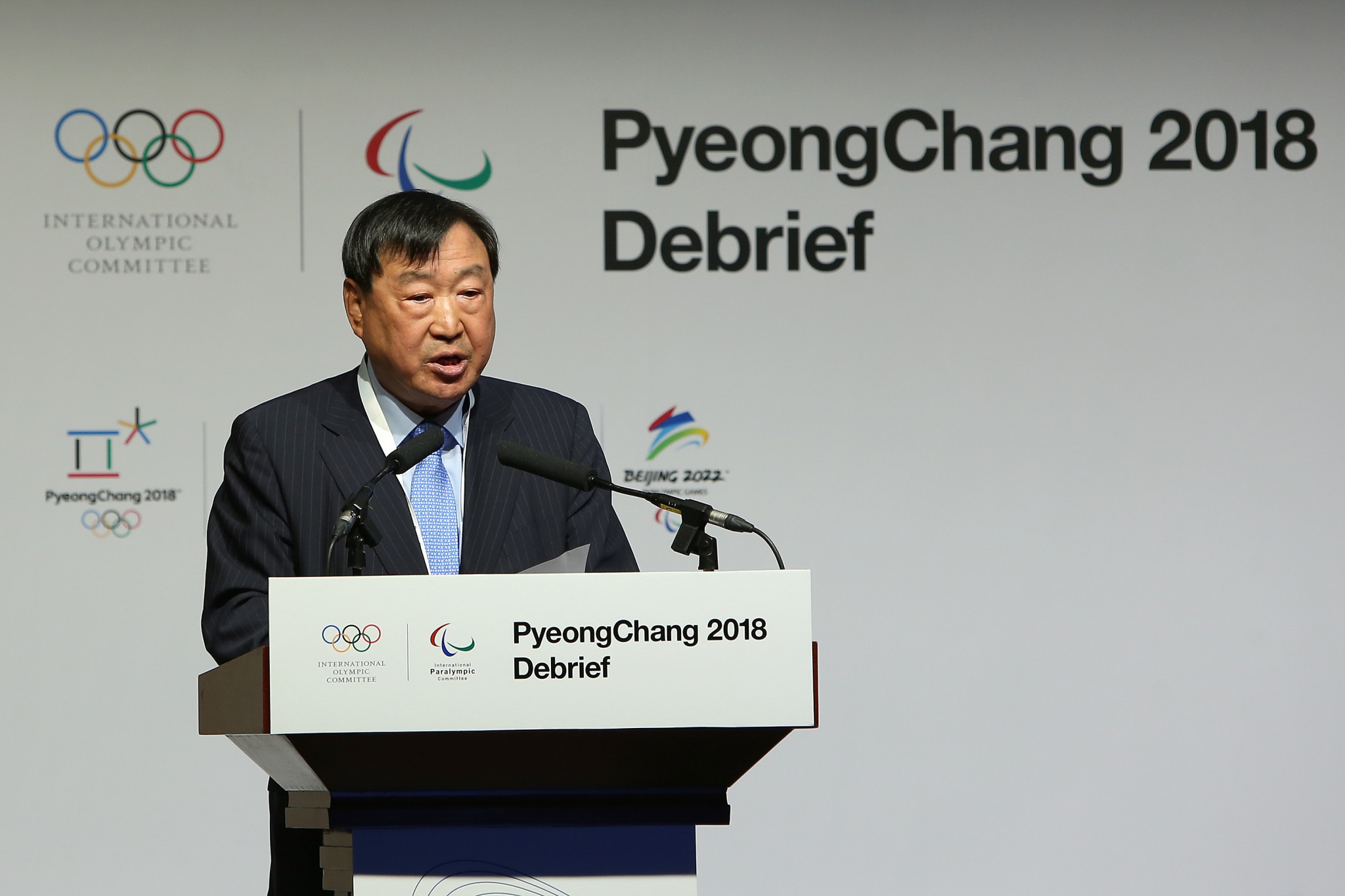 Pyeongchang 2018 President Lee Hee-beom has praised the Beijing 2022 Organising Committee and predicted that the next edition of the Winter Olympic Games will be profitable.

On Monday, the 69-year-old announced that this year's Winter Olympics, held from February 9 to 25, had achieved a multi-million dollar surplus and he is confident that Beijing 2022 can also be a success from a financial perspective.

"I was pleased to say that Pyeongchang 2018 can already announce a multi-million dollar surplus," Lee said.

"It seems that Beijing will continue with this trend of Games that break even, or, as in the case of Pyeongchang, make a profit."

Beijing 2022 has taken advantage of Olympic Agenda 2020, the strategic road-map for the future of the Olympic Movement, to stage Games that it hopes will provide economic and social benefits to the region for decades to come.

Its marketing programme is also already said to be proving to be highly successful.

The first host city to fully benefit from Olympic Agenda 2020, Beijing has incorporated legacy planning from the earliest stages of preparations.

These include the iconic Bird’s Nest Stadium, which will be used for the Beijing 2022 Opening and Closing Ceremonies.

At Beijing 2022, a global audience will see what is described as the innovative re-use of existing venues from Beijing 2008.

The Beijing 2022 Organising Committee’s headquarters are located at a former steel mill that was closed down in 2008 before the Olympic Games over concerns of air pollution at the time.

This location, which will be the venue for the big air competitions in 2022, is an example of urban planning and renewal.

It will also include leisure and sports facilities for both public enjoyment and elite training, as well as a winter sports museum.

Further incorporating Olympic Agenda 2020, Beijing 2022 has made it mandatory to include sustainability in all areas of planning the Games.

It intends to use the Games as a catalyst to improve the health of the population, tackle environmental issues and promote sustainable economic growth in the region.

The themes of sustainability, flexibility and efficiency were discussed at length throughout the de-brief, which allowed various stakeholders to share their learnings from Pyeongchang 2018 and also to reinforce their commitment to helping Beijing 2022 stage both engaging and feasible Winter Games.

"We need the Games to be smarter by proving we can stage things that are sustainable and that serve people in the host countries for the future," Yiannis Exarchos, the chief executive of Olympic Broadcast Services, said.

"Future organisers of the Games have opportunities that weren’t there in the past.

"The IOC (International Olympic Committee) has gathered deep knowledge that will help them organise their version of the Games in the most effective way.

"We have very important stakeholders that can also bring valuable knowledge.

"Tapping into that is a starting point.

"This is the expertise you get and that can help host cities make their Games more impactful.

"Not bigger, but with a bigger impact."

Beijing 2022’s preparations have been further boosted by the signing of a sponsorship deal with Shougang Group, whose compound is being used by the Organising Committee as its headquarters.

Under the terms of the deal, the Chinese state-owned manufacturing company will serve as the official urban re-generation services partner of the Games.

"Beijing 2022 will actively promote Shougang Group and make sure that the company fully enjoys the wide range of benefits that come with the Olympic brand, so that it achieves more growth and becomes a new landmark of urban regeneration in Beijing," Zhang Jiandong, Deputy Mayor of Beijing and executive vice-president of Beijing 2022, said.

IOC President Thomas Bach was among those present at the signing ceremony and has praised the work of Beijing 2022.

"Our Chinese friends, as we expected from them, are not only talking the talk, but walking the walk," he said.

"They take their sustainability really as a core issue for the organisation of the Games."

Bach added: "We are seeing that the Organising Committee is working with high cost efficiency on the one hand.

"They are attacking for all the potential savings the Olympic Agenda [2020] is offering, while keeping the Olympic spirit alive and while respecting the athletes' experience at the Olympic Games.

"Therefore, we are very confident that Beijing will set a new benchmark benefiting for the first time from all the potential of Olympic Agenda 2020, with regard to a great organisation, with regard to offering the best possibilities for the athletes, but in particular, also with regard to sustainability and feasibility."

Bach claimed yesterday that the Pyeongchang 2018 de-brief has showed that the reforms of Olympic Agenda 2020 are now coming to fruition.