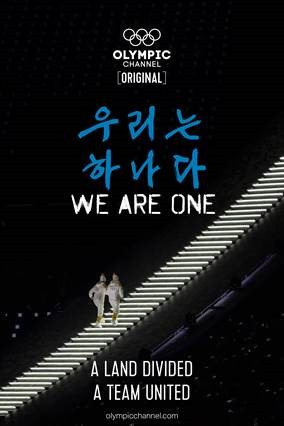 A special documentary has aired on the Olympic Channel showcasing the negotiations that took place between North and South Korea before the 2018 Winter Games.

We Are One is a 37-minute long film showing the journey of the athletes, coaches, dignitaries and others who played a role in bringing the two Koreas together in Pyeongchang.

International Olympic Committee (IOC) President Thomas Bach said: "The joint march at the Opening Ceremony of the Olympic Winter Games Pyeongchang 2018 showed the world the role that the Olympic Movement can play in opening the door to peace.

"Sport must continue to build bridges and show what it can do to bring people together."

The IOC first offered North Korea the chance to compete in the Games in the South in January.

Twenty-two North Korean athletes eventually took part in the Games across three different sports, while for the first time in Olympic history the IOC allowed two National Olympic Committees to form one team, as North and South Korea played together in the women's ice hockey.

The film shows the inclusion of North Korea and the "powerful show of unity" both Koreas displayed during the Opening Ceremony when the teams marched under one flag.

It also follows the journey of the joint women's ice hockey team "from nervous introductions to their reception on the ice and tearful goodbyes".

We Are One is told through personal accounts and features interviews with athletes, coaches, dignitaries and others, including ice hockey players Marrisa Brandt and Kim Hyang-Mi, figure skaters Kim Ju-Sik and Ryom Tae-Ok and unified ice hockey coach Sarah Murray.

General manager of the Olympic Channel Mark Parkman said: "This past February, the world gathered together in Pyeongchang for 17 days of peace, sport and culture.

"Many will remember the emotional reception that the Korean Unified Team received as they entered the Olympic Stadium during the Opening Ceremony, and we are honoured to tell their story as they showed the world what can be accomplished when we work together."