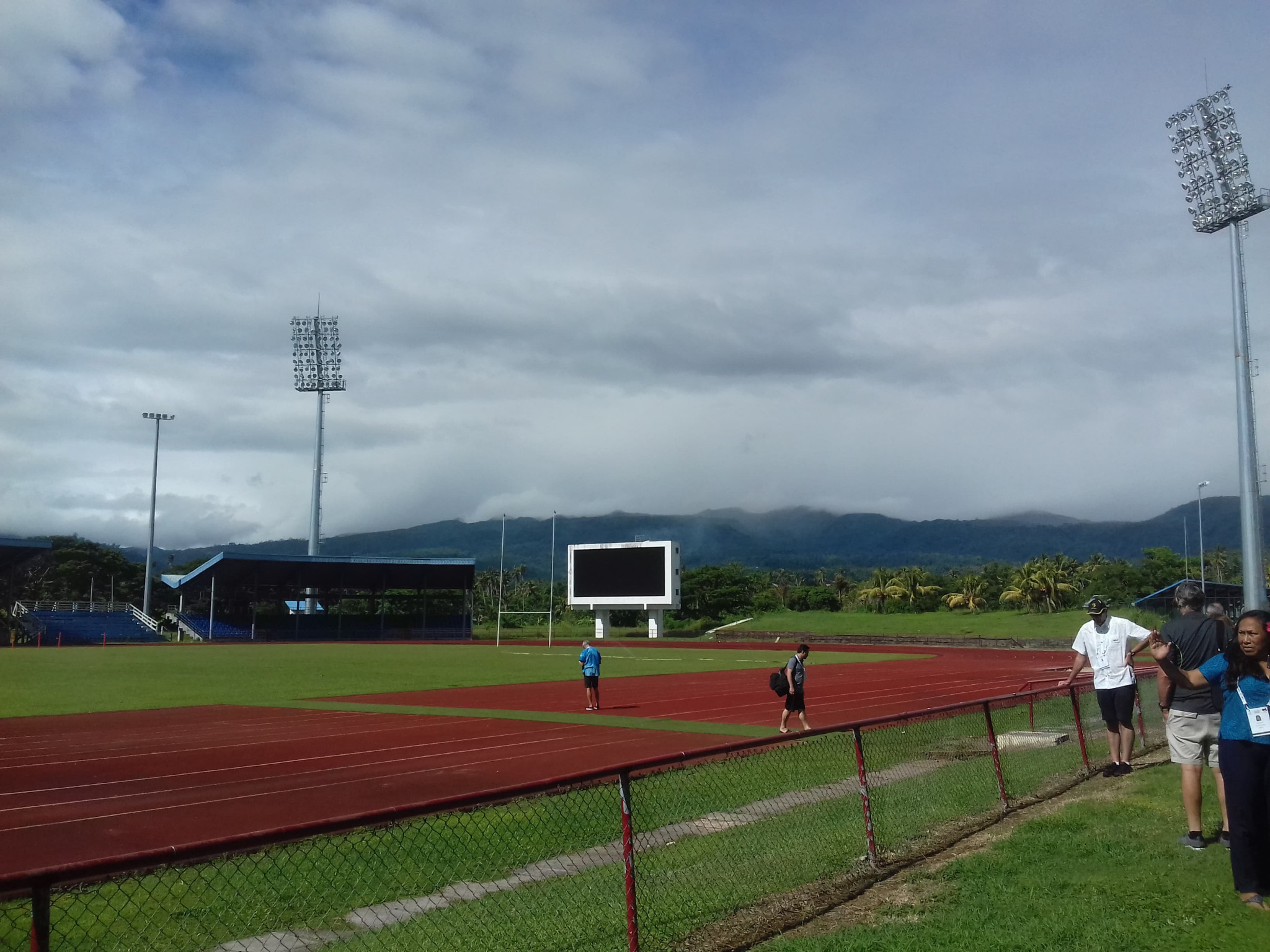 Samoa 2019 chief executive Falefata Hele Matatia has expressed his hope that next year's Pacific Games will help the country to become a centre of excellence for sport in the region.

It was the first chance for Pacific Games Associations (PGA) to receive a full run down of Samoa 2019's plans and vision for the event.

Samoa were awarded the 2019 Pacific Games in December as a replacement for Tonga.

Matatia expressed his belief that despite the time constraints faced by organisers, they would deliver a successful edition of the Games.

He also hopes the Games will build on the legacy of the 2007 edition of the event, which also took place here in Samoa.

"Samoa is ready to take on this big challenge ahead of us," he said.

"Time and time again Samoa has been able to deliver quality Games and host big events.

"This is no different for us.

"We are excited and ready for this challenge.

"We are looking at what will be the legacy of these Games for our region.

"We hope these Games invest in our people, our capabilities and sports structures.

"We have the vision of making Samoa a centre of excellence for sport in the region, as well as hosting successful Games."

Samoa 2019 have stated that their "venues are in an excellent state" as the Games approach, with several facilities having been refurbished for the Commonwealth Youth Games in 2015.

Venues for the Games are set to be split into two main zones, the Apia Sport Park and Faleata complex.

The Apia Sport Park includes the Games' main stadium, which will host athletics competition and the Opening and Closing Ceremonies.

Rugby sevens competition will also take place at the venue, with the sport expected to be held on the opening weekend of the Games.

Tennis will also be held at the park, with seven courts due to be renovated later this year in the build-up.

An existing gymnasium in the complex could potentially be refurbished to host judo, powerlifting and taekwondo competition.

A new multi-sport centre will be constructed in Faleata with support from China.

It is expected to host badminton, basketball, boxing and netball competition, while gymnasiums are also due to stage table tennis and weightlifting.

An existing swimming venue will be at the centre of the complex, with upgrades expected to take place for the Games.

A location for open water swimming is still yet to be finalised.

Nearby archery and football fields will host both sports at the Games, with a shooting range and squash courts also located nearby.

The latter was constructed for the 2015 Commonwealth Youth Games.

Cricket will be held at the Fataela, with rugby league nines taking place at the nearby Marist Stadium and touch being held at the St Joseph College.

Golf will take place at an existing course in Apia, while sailing, triathlon and va’a may be held in a new bay in the city.

Kayaking could potentially be included on the programme alongside va’a - an outrigger canoeing event.

Beach volleyball and 3x3 basketball are earmarked to be held in front of the Apia waterfront, with a gymnasium poised to host indoor volleyball.

Lawn bowls is also included on the programme.

PGAs were able to tour several venues for the first time today.

Australia and New Zealand are set to compete at the Games for the second time, following Port Moresby in 2015, when they took part in four sports.

They will compete in beach volleyball, judo, rugby sevens, sailing, taekwondo and weightlifting, as well as being limited to a maximum of 20 competitors in athletics.

Athletes will be housed in hotels at the Games, with organisers having reached a consensus with the tourism authority.

The Games are due to take place from July 7 to 20 next year.