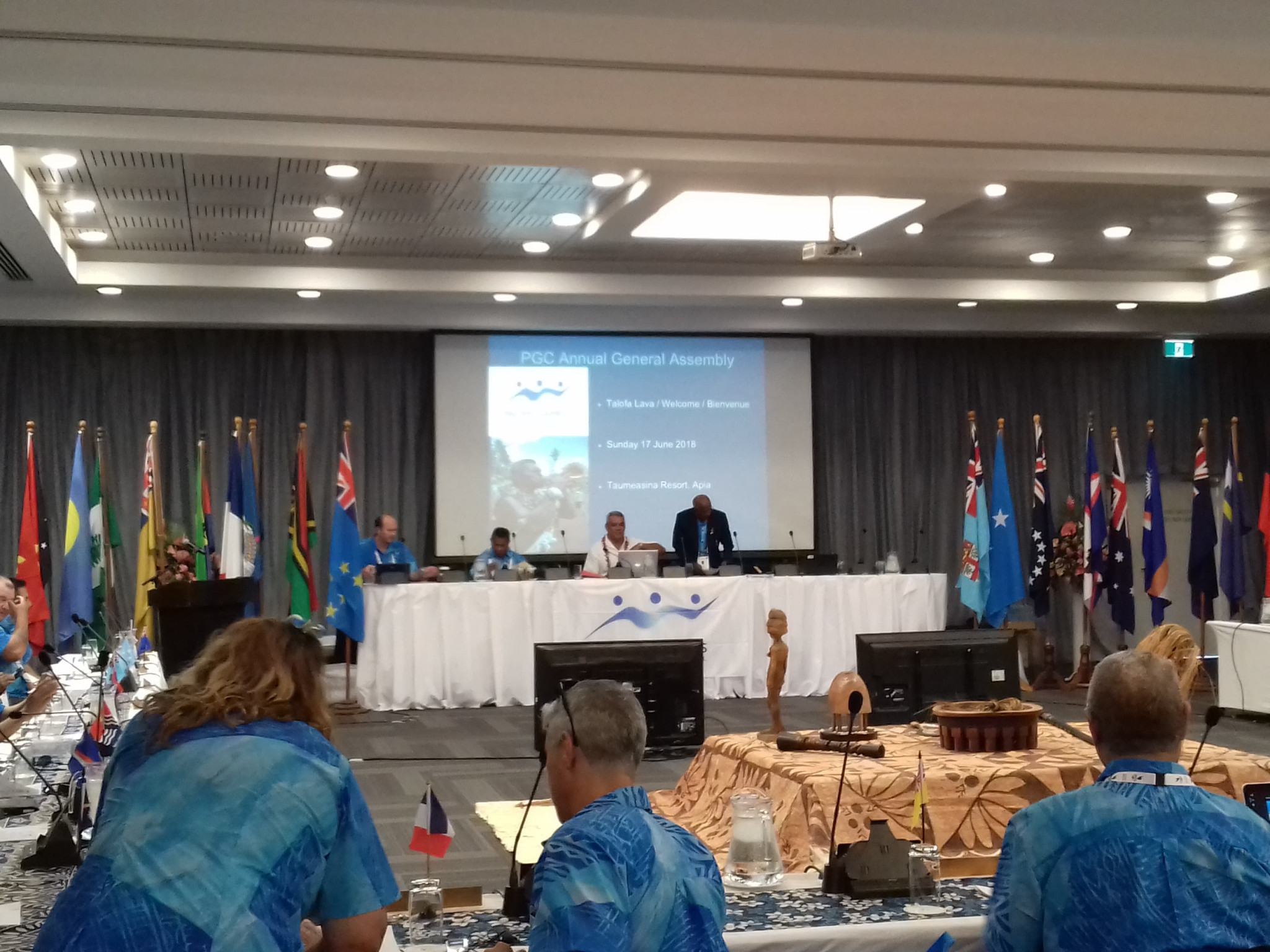 Proposals to establish an associate member category and create life membership positions were approved at the Pacific Games Council (PGC) General Assembly here today, while the organisation also provided updates regarding their finances and ongoing civil action against the Tongan Government.

The General Assembly saw several presentations from former and upcoming Organising Committees of the Pacific Games and Pacific Mini Games.

This was largely due to all payments from the Vanuatu 2017 Pacific Mini Games being made during the year.

The organisation anticipate they will break even in 2018.

The decision comes as the PGC seek to build a reserve of $1.25 million (£940,000/€1 million), which would cover the organisation's operations in the event that a Pacific Games did not take place in a four-year cycle.

That possibility nearly occurred for the 2019 edition of the event, with the Tongan Government withdrawing the country from hosting the Games last year.

They cited financial concerns as being behind their decision, which ultimately led to the PGC reopening the bid process and selecting Samoa as replacement hosts last December.

The PGC and the Tonga Association of Sport and National Olympic Committee (TASANOC) launched a civil suit against the Tongan Government last month.

Both parties are seeking millions of dollars worth of damages for breach of contract, with the PGC believing the "unilateral action" of the Government resulted in unpaid fees, the extra cost of the bidding process to find a replacement and brand damage.

While the specifics of the case were not disclosed to the General Assembly due to the case being before the court, the PGC informed members that they had granted the Tongan Government more time to file their response.

It is expected that a response will be provided to the court by July 6.

The PGC also stated that the organisation would actively seek to boost their relationship with Governments in the region, with the hope this would strengthen the Games brand and ensure similar action was not taken in future.

Should the penalties not be settled with organisers, the PGAs involved could potentially face the threat of being unable to compete at Samoa 2019.

The General Assembly also endorsed a motion to create an associate membership category in the organisation's constitution.

The associate membership would allow the right to compete in Pacific Games and Pacific Mini Games under certain conditions, acting in a similar way to invitations which allowed Australian and New Zealand athletes to compete in a number of sports at Port Moresby 2015 and Samoa 2019.

They would not hold any voting rights and would be unable to host either of the Games.

West Papua, Christmas Island and Hawaii were among territories mooted for possible associate membership in December, along with Bougainville and Easter Islands as well as Australia and New Zealand.

Approval was also granted for the creation of life membership positions at the organisation, which would recognise significant service by an individual.

A maximum of three life memberships would be allowed at any one time.

Both the associate and life memberships would be proposed by the PGC Executive Committee, but would require the approval of the General Assembly.